The Fashion Gyre and the Ghost of Martin Margiela

Amidst a whirlwind of directions, the real protagonist of Paris Fashion Week was Martin Margiela, whose influence was felt from Vetements to Miu Miu.

The Fashion Gyre and the Ghost of Martin Margiela

Amidst a whirlwind of directions, the real protagonist of Paris Fashion Week was Martin Margiela, whose influence was felt from Vetements to Miu Miu.

PARIS, France — Much like the crazed speed of contemporary society, the Paris Fashion Week which closed yesterday came with a pervasive sense of confusion. There was so much going on in each collection — a whirlwind of references spinning at such a hysterical pace and in so many different directions — that it was hard to decode. Apart from the invigorating Balenciaga reboot and a general Vetements-ification, Paris lacked clarity and energy. But more on that later. 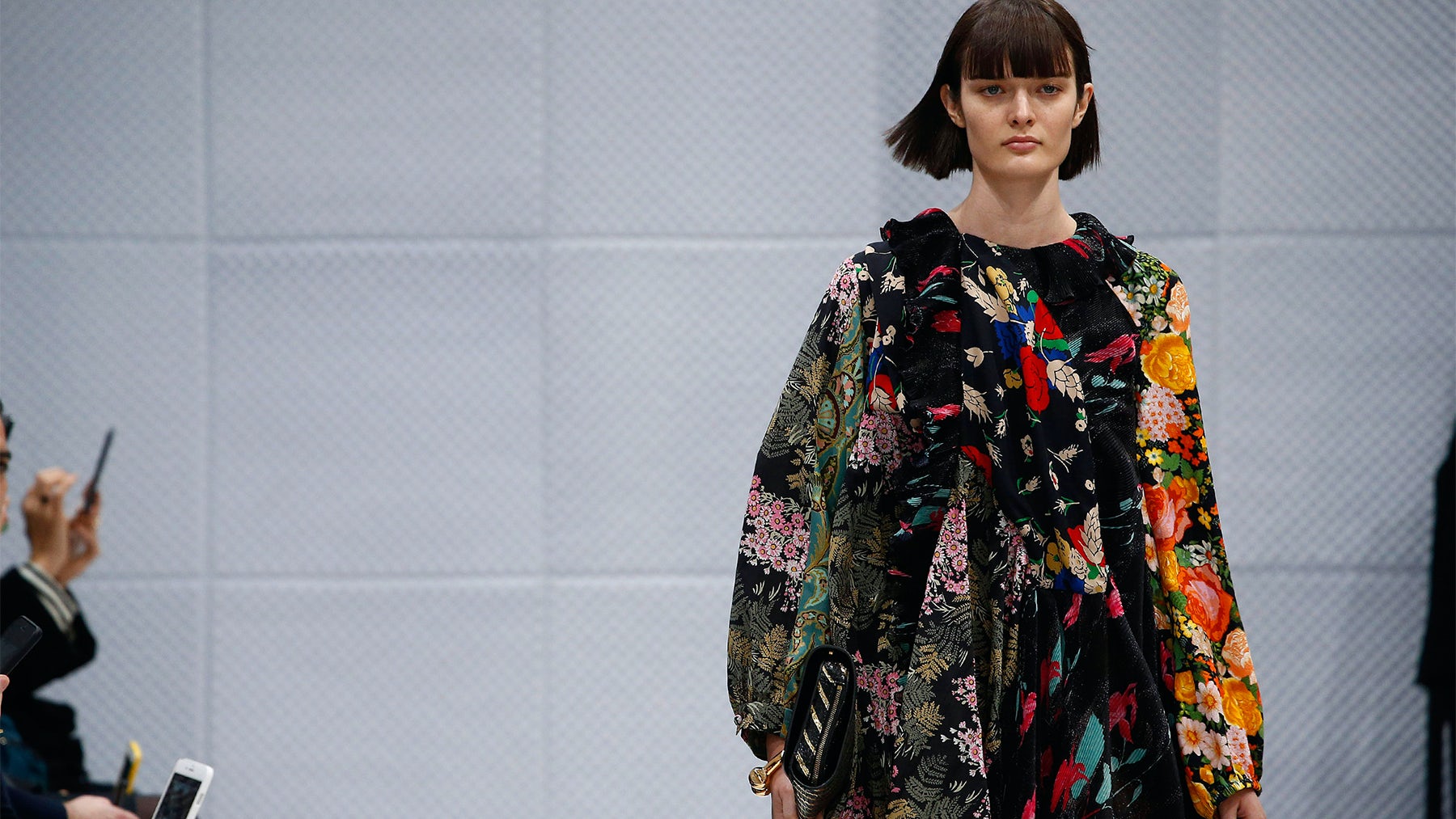 Multiplicity is the message, clearly. But how does one make sense of an all-consuming gyre? The only solution is to give up rational thought and embrace gut feeling. That's what today’s fashion caters to anyway. Designers seem more interested in delivering the irresistible ‘it’ product which sends you impulsively to the shop than building true narrative around their brands. It’s commercially effective. And as for the long run, who cares. Times change fast and consumers have no memory. Demna Gvasalia, fashion's newfound maître à penser who single-handedly reset the global template of cool, christened his label Vetements exactly for this reason: he does clothes. As simple as that, no conceptual strings attached. 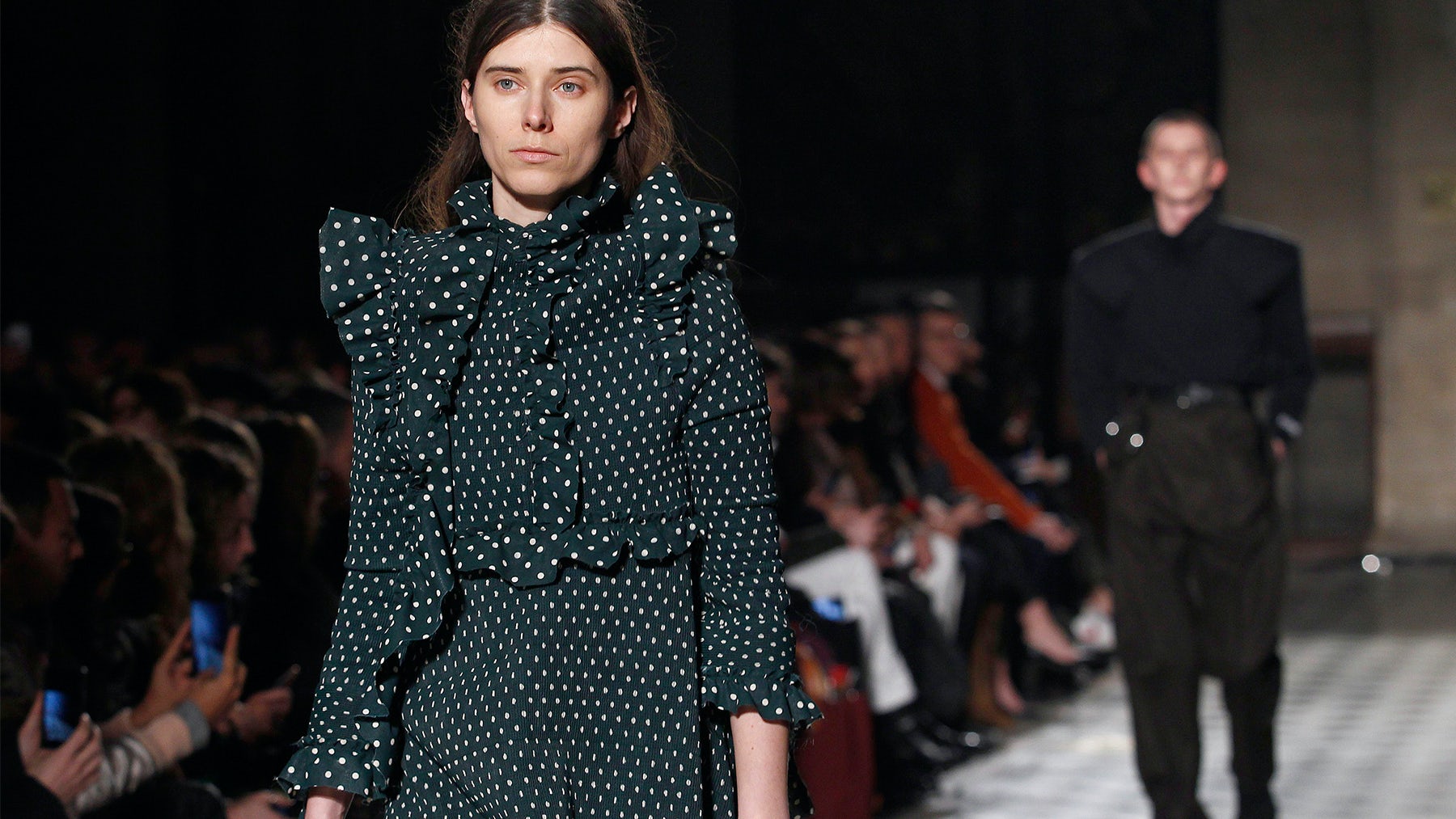 Instigators aside, blame the current wave of fashion pastiche on the unstoppable cult of the individual, which has taken root with both designers and consumers, for both good and bad. Never as today has the fashion landscape been populated with more singular, distinctive, even peculiar voices: each designer or maison defining a self-sustaining universe and forget about grouping them into schools.

Such richness is electrifying. As for customers, individuality is something to which everyone aspires. Therefore, enabling individuality is probably the most powerful marketing tool currently available: serialised items of clothing are offered as instruments to create one's own unique looks and personality. Is this a conundrum? You decide. 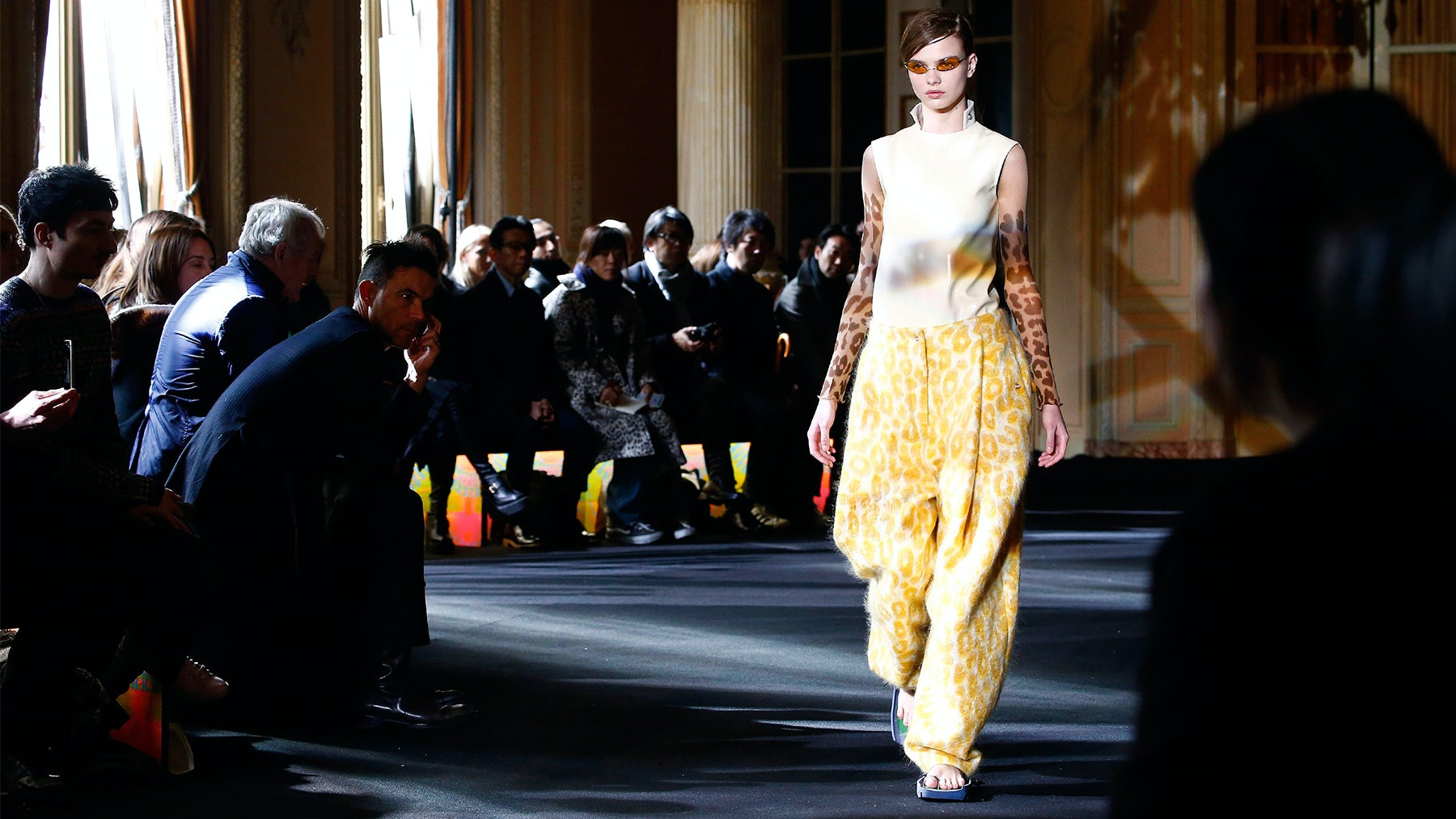 Elsewhere, there was a pervasive sense of inauthenticity going around in Paris and not just because of the new adepts of the new, gritty, Russian-hued underground. From Kenzo to Jacquemus to Isabel Marant, everyone wanted a piece of the cake called desire, which right now is more about béton brut than flash and cash. The problem is that while Vetements, although entirely based on the appropriation and actualisation of a pre-existing code, is spontaneous, its imitators are just, well, impersonators.

They suck away the energy, copy the shapes and go for the mise-en-scene. It happened at Acne Studios, even though the oddness of the result was so bonkers its felt strangely engaging. It was a lot more problematic at Off-White, where Virgil Abloh's rip-off of the master deconstructionists — Demeulemeester and Yamamoto, tellingly — came with a rather pretentious attempt at reshuffling the semantics of fashion. It does not take genius to wear a denim jacket back-to-front, despite all the hype and hoopla. 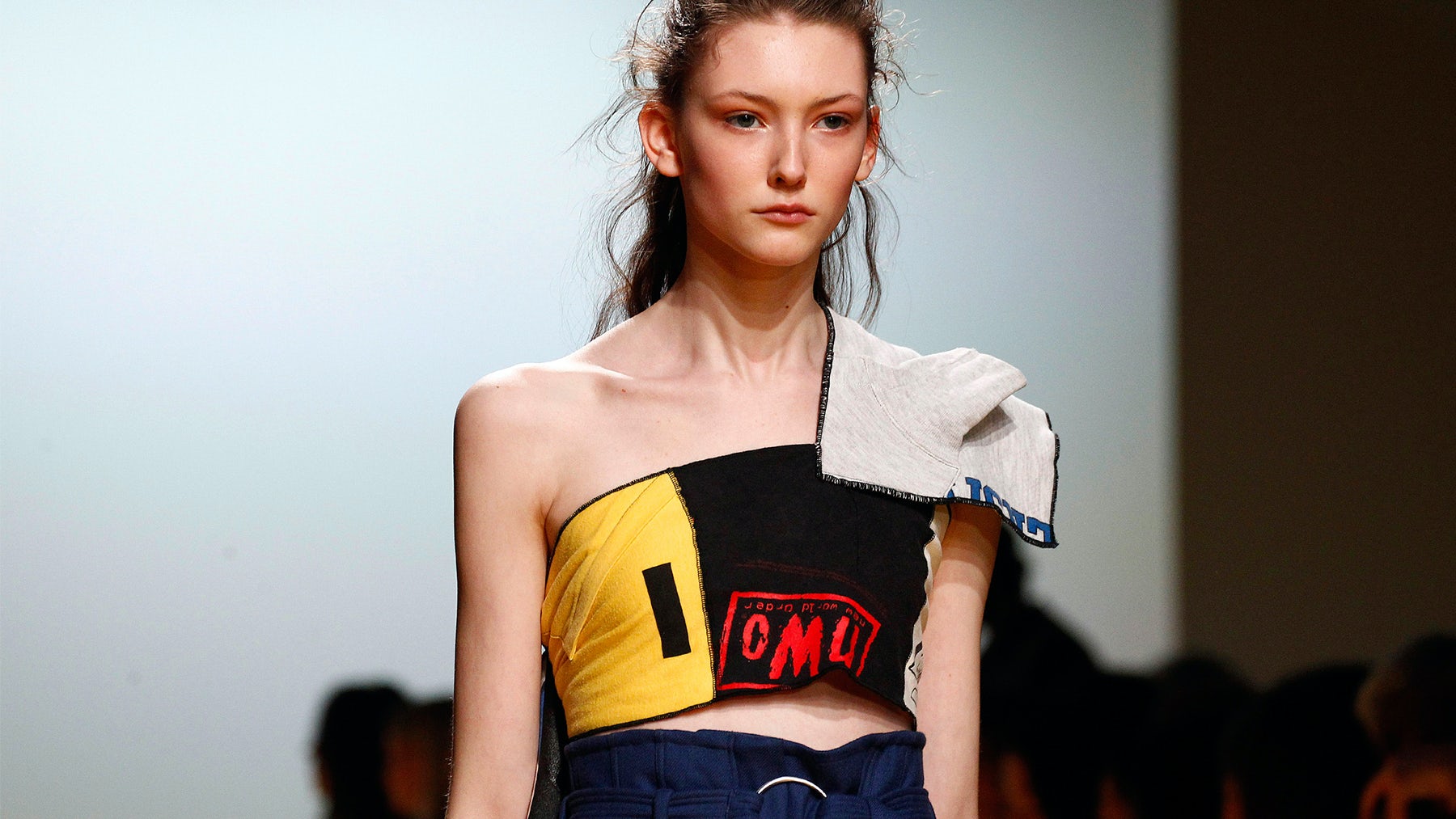 Multiplicity is good, because there is strength in variety. What many collections lacked, however, was vigorous editing. Less is always better, but when shows are conceived as bland marketing tools, it’s the opposite: the more the goods on the catwalk the better. The enchanting and deeply emotional Valentino show, for instance, would have greatly benefited from some cuts here and there. It started noir and severe and it felt fresh, but then it ended with decoration as usual and felt redundant.

Being concise is key, but shows today are furiously bulking up in order to better showcase the whole range of goods on offer. When even a designer as lucid and Cartesian as Nicolas Ghesquière fails to edit himself and embraces a pell-mell chaos of militaria à la Rifat Ozbek, slinky languor and equestrian-patterned silks à la Hermes and bodycon athleticism à la Gaultier, with a dash of Issey Miyake, one has just to sit down and take notice. 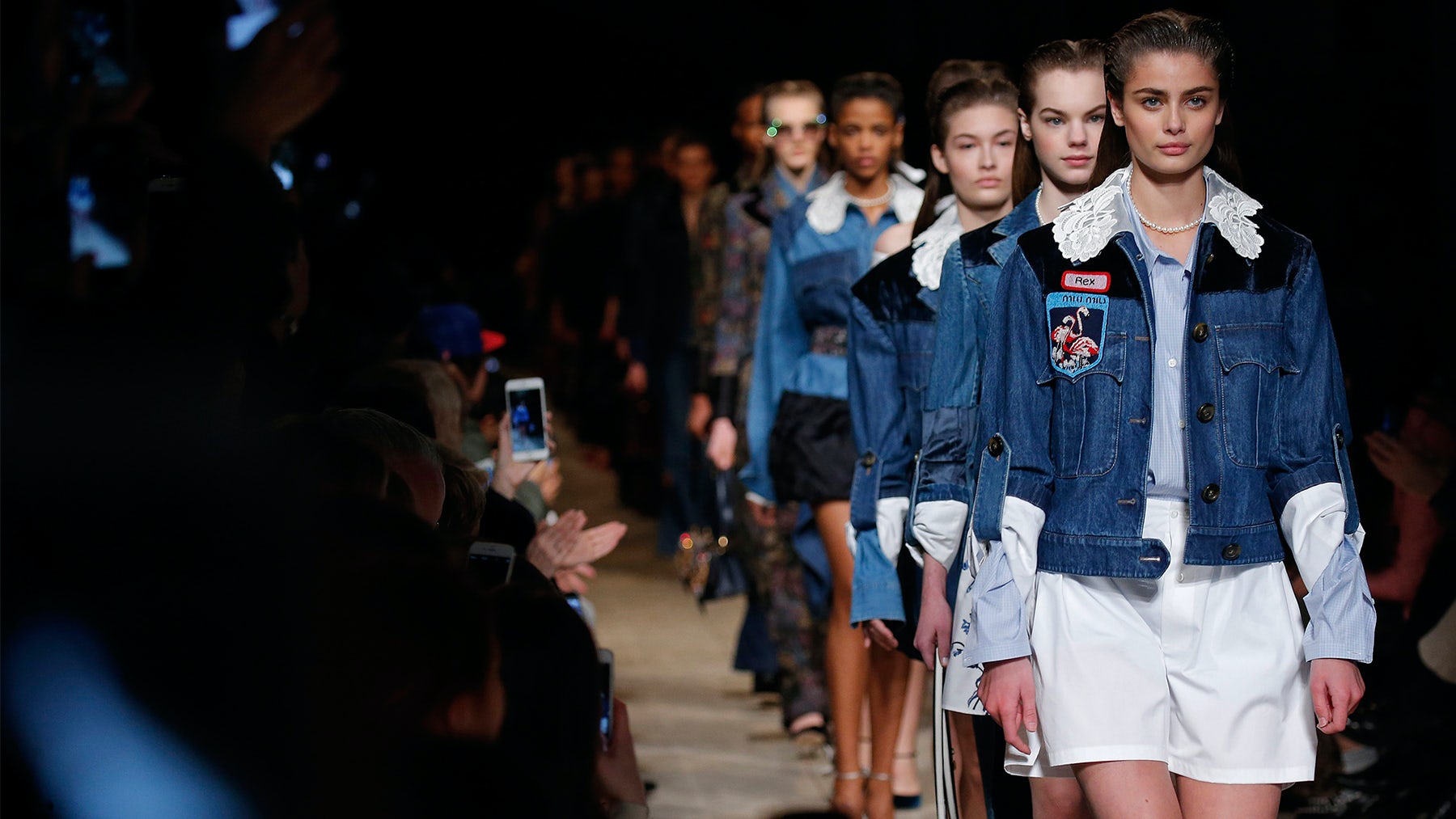 Not to mention, of course, Miuccia Prada, who has always been at the forefront of the whole mash-up phenomenon. The Miu Miu collection she showed in Paris was a charming detour that literally went allover the place, mixing masculine shirts and boxer shorts — think Kim Basinger in her 9½ Weeks heyday — with sumptuous brocades, military tailoring and reconfigured denim.

It made for an irresistible bagatelle, which nonetheless left you searching for meaning. "Dressing up with what you find around," is how Mrs Prada summed it all up. Well, her wonderfully silly girls have clearly too much to find around them, while the heavy hand of stylist extraordinaire Katie Grand was too strong this time, down to the cast, which seemed ready for a Love magazine shoot. 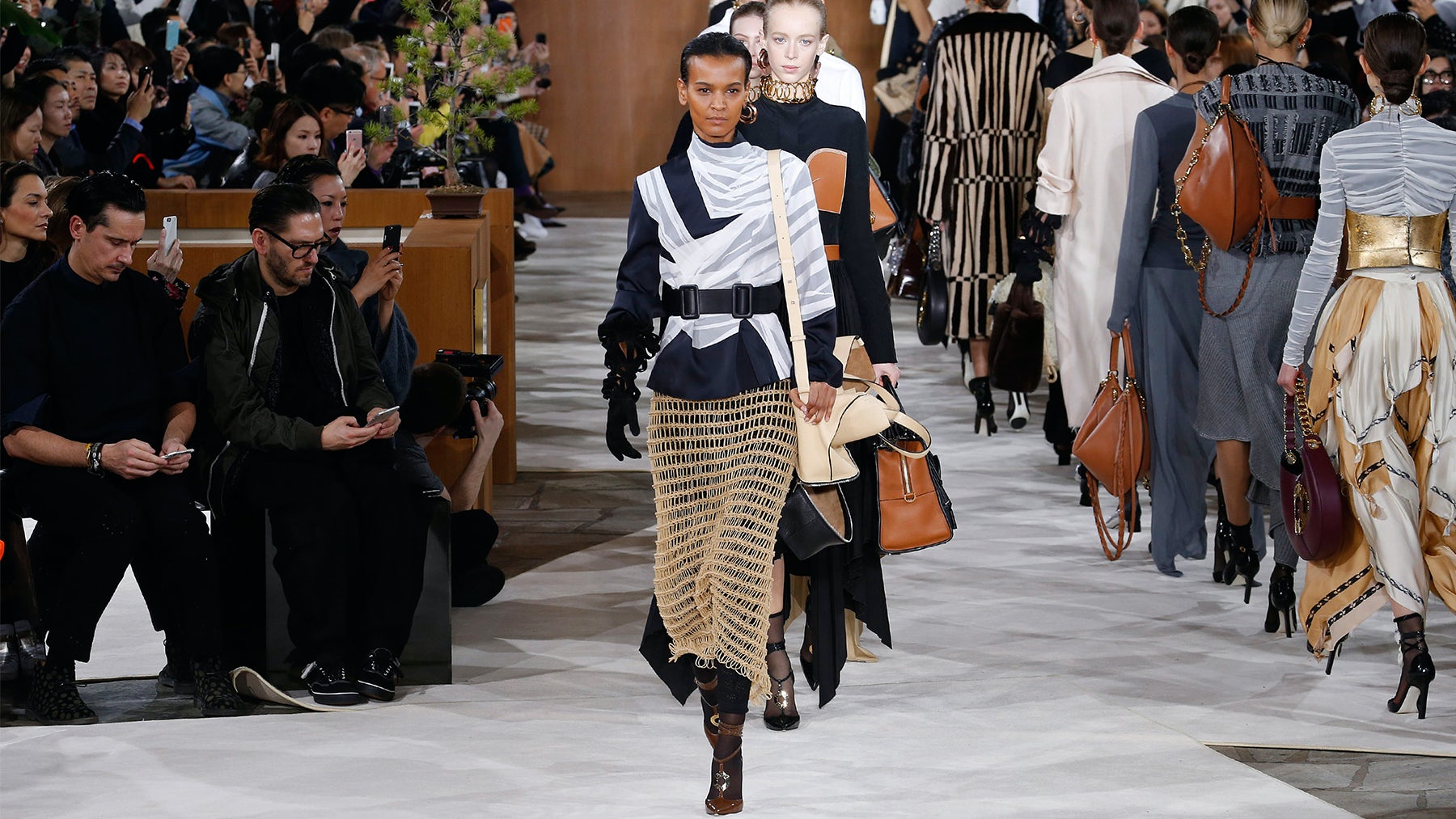 Less is more because editing hits the point, as a bunch of collections made evident. One might hate the blatant replica of 1980s hedonism at Saint Laurent, but Hedi Slimane does certainly know how stick to a single concept, almost to the point of narrow-mindedness. Loewe's newly-found sensuality also benefited from both focus and concision, matched by the unprecedented interest Jonathan Anderson expressed for the living body.

Of all the current trends, from chaos to gritty individualism, from oversized tailoring to fierce, glorified streetwear, the origin was the same person: Demna Gvasalia. Since his arrival on the scene a mere few seasons ago — and due to his meteoric rise to stardom — a blatant about turn has happened: in Paris, it was the Nineties all over again. I’m talking about atmosphere, more than shape.

Never like this season have the small shows been packed with editors rabidly looking for the new sensation. Anna Wintour was the highly unlikely guest of honour even at Jacquemus and Vetements, while off-piste shows like those put on by the engaging Y/Project and Koché attracted big audiences. Gvasalia, meanwhile, went mainstream: his excellent debut at Balenciaga — a clever merging of atelier finesse and metropolitan spirit — globally reset the fashion agenda, even if it did not rewrite the fashion order from scratch. 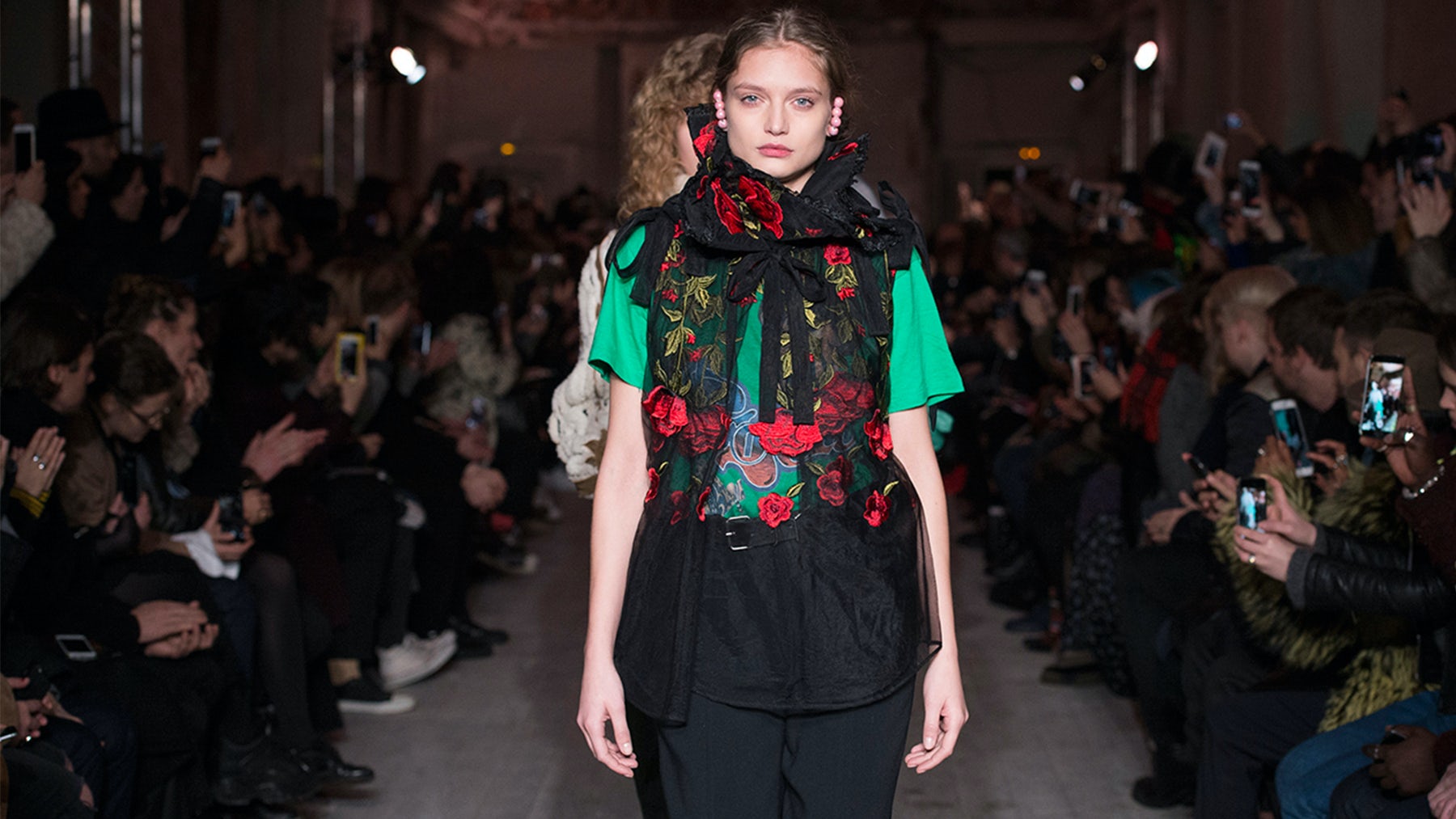 Because, you know, the real protagonist of Paris Fashion Week was fashion's primo desaparecido: Martin Margiela. From Vetements and Balenciaga — where Gvasalia has never made a mystery of being an alumnus, intelligently updating Margiela’s tropes to cater to new, younger audiences, adding phenomenal casting and much ado about coolness with the help of stylist and queen of the Parisian underground Lotta Volkova — to Off-White, Miu Miu, Koché and so on, everybody was paying homage to good old Martin, who might be somewhere having a liberating laugh. Everybody but John Galliano, in fact, who has morphed Maison Margiela into his own irresistible cuckoo lady fantasy.