PARIS, France — At the Paris women’s shows which wrapped on Tuesday night, the offering was polarised. You either got stylistic mismatch à la Louis Vuitton, or the strictness of pure silhouettes à la Maison Margiela. Each approach came in a wide range of variations from a wide range of labels, but for the moment, tertium non datur, meaning there was no third way. It makes sense, I suppose. The world is getting scarier at the moment, and control and abandon are perhaps reflexive answers to the state of affairs.

Elsewhere, the length of fashion week was also rendered lengthier still by an alarming yet widespread trend: shows are getting longer and longer, sometimes hitting more than one hundred looks. Gone are the days of the tightly-edited, polished presentations that got the point across in a focused manner. Now, you see every single fabric and colour variation of each style on the catwalk, so that every corner of the product catalogue is exposed. Plus, longer shows drive more brand content and social media posts. What's not to love?

But the biggest story in Paris was the return of ready-to-wear: clothes that have high design content but are also wearable. It was present in the late-70s, early-80s aesthetics; nods to a time when ready-to-wear became a force to be reckoned with and being à la mode meant more than being trendy. It meant being modern, liberated, au courant; it meant a lifestyle that made things better, easier, faster. Shows, back then, were about clothes, not conceptualism. And hemlines and collars still made headlines.

There was a real prêt-à-porter feel at Celine, where Hedi Slimane ditched the sleazy feel of his debut at the label and embraced the bourgeois ease of jupes-coulotte, pleated skirts and pussy bows. It felt very literal and monothematic in that trademark Hedi way. But it was also a way to introduce the look to an audience too young to remember it the first time around, while also courting bourgeois women who never ditched it. Commercially, it certainly looked like a winner. 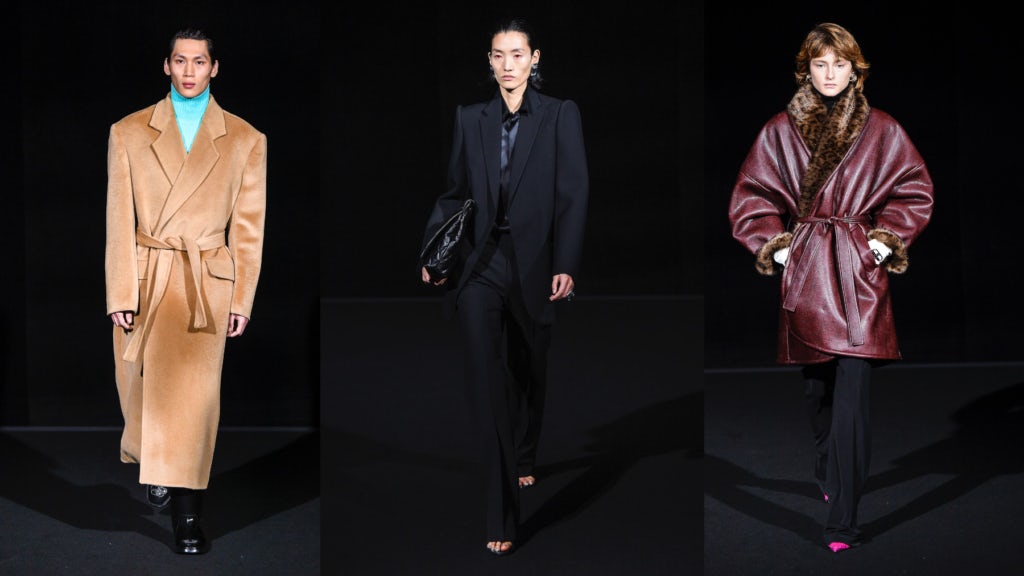 There was a prêt-à-porter vibe at Balenciaga, too, where Demna Gvasalia remains focused on the people who still buy actual clothes. The result was unremittingly sharp, and very rich, covering the full spectrum of a day, for both men and women, from the faultless pantsuit to the protective duvet to slinky party dressing to slouchy loungewear. That's what designer fashion was once about and what it is again today: a complete offer for the many different modes of daily life, not just occasion dressing.

Of course, the return to the past also means the return of certain tropes: big shoulders, flowing lines, lots of volume, cinched waists. You get the picture: Claude Montana, Anne Marie Beretta, Jean Paul Gaultier. It all came together at Stella McCartney, one of her best shows in recent memory, filled with great product with true transgenerational appeal. At Givenchy, Clare Waight Keller was a little all over the place, but most convincing and in control when she dished out broad shouldered, sharp tailoring. At Saint Laurent, Anthony Vaccarello really came into his own with a broad-shoulder collection that paid homage to the enduring charm of Yves' own muses: Betty Catroux, Loulou de la Falaise, Catherine Deneuve. It was a little stiff, but overall felt fresh.

Speaking of which, the king of fresh, Jacquemus, did not deliver the goods this time. He clearly still has to figure out where he wants his label to live: the naive conceptualism of the early years gave way to a kind of raw sensuality that is now evolving into a more mature expression. Think old Celine, with a Mediterranean slant: a fresh prospect, on paper, that became something dull on the catwalk. 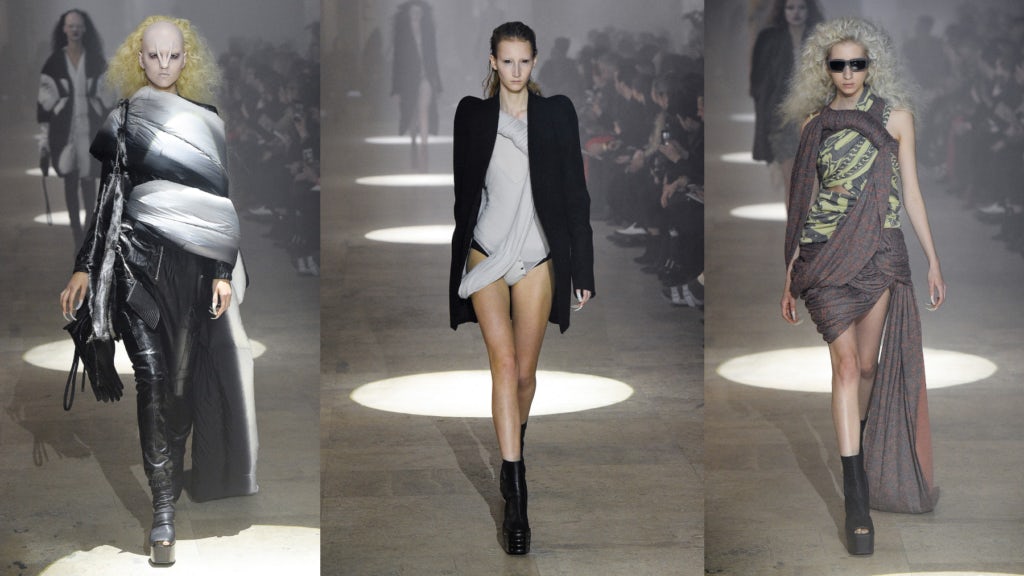 The wider face-off between the strict and the decorative could be felt at Dries Van Noten, where strict mannish tailoring bookended an explosion of unromantic flowers, and at Chloé, where Natacha Ramsay-Levi tossed together breezy dresses and martial tailoring with the kind of effortful ease — read: heavily styled mismatch — that's so defining of a certain slice of Parisian style right now. Julien Dossena of Paco Rabanne belongs to the same clique, but so far has been the only one pushing it all in a truly personal direction. This season, in what was a departure from his unique brand of futurism, he went overtly feminine, glamorous even, proposing gals dressed to the hilt. As visually enjoyable as it was, it made you feel slightly dizzy and in need of a detox.

At Alexander McQueen, Sarah Burton keeps mastering the art of sharp romanticism. Her work for the house is remarkable. It has probably turned into a formula by now — sharp tailoring and womanly dresses, both worn with assertive boots — but it has an authentic feeling that is rare these days. Jonathan Anderson, at Loewe, masters a unique balance: he can dish out a crazy mix, and take you on a crazy detour with a collection, but he does so with so much control, you have to admire his stubbornness as an author. There was a hint of Spanish drama to his latest collection, and a welcome strictness that felt refreshing. Because, you know, now that Phoebe Philo is missing, there are many who want to fill that void — even Virgil Abloh at Off-White. This season, he ditched the street to embrace fashion with a capital F: conceptual tailoring, big gowns and a certain abstraction. One has to admire the enthusiasm of his approach, and yet all the appropriation, even in our forgetful age, is wearing thin. Here, Marine Serre should be cautious too. Her cyberpunk, primitive-futurist collection felt like a reshuffle of a 1990s Gaultier collection, presented as something new. 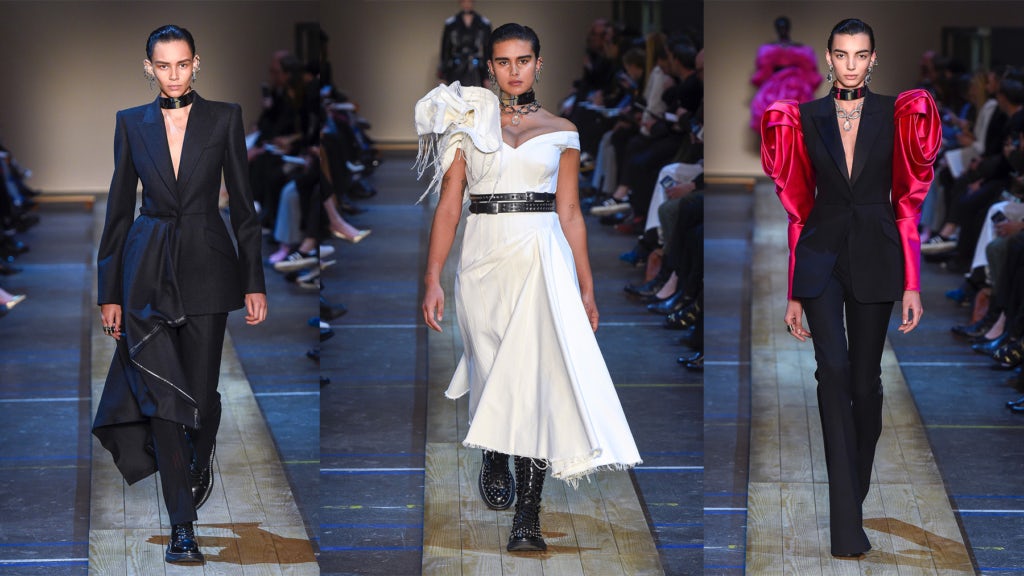 The best shows of the season were those that matched a strict focus on dressmaking with the fearlessness of true invention that does not need varnishing with “content.” Do we really need another feminist message attached to clothes that are surely saleable but little else? Here, I’m thinking of Dior, of course. And do we need the Jun Takahashi graphics and the preposterous poetry at Valentino, when the true poetry is in Pierpaolo Piccioli's simplest, most soulful creations? Can we still believe in Miuccia Prada’s philosophical musings on camouflage when she dishes out a lazy Miu Miu show that's, well, all about camouflage and capes? And do we really need another soulless ‘80s mash up like Nicolas Ghesquière’s outing at Louis Vuitton? No, we don't.

It's time to get back to basics. It takes a master to edit it all down to the essence while turning creation up to the max. Someone like John Galliano, whose idea of strictness is a black hole of a tour around silhouettes and dresses that are never like they seam and seamlessly morph the feminine and the masculine. Someone like Rick Owens, whose brutal take on glamour is a feat of technical prowess that's both smashing on the catwalk and perfect in real life. A potent show is always a way to empower clothes, not to cover up their unworthiness. This is what the return of prêt-à-porter should be about today.