NEW YORK, United States — While many of New York fashion’s original household names — Donna Karan, Calvin Klein — have disappeared from the city's fashion week schedule, a new generation of showmen with the kind of name recognition extending beyond the American fashion capital amped up the entertainment value on Saturday with large scale productions. Brandon Maxwell and Christian Siriano, fresh off filming another season of the newly rebooted Project Runway and both known for their red carpet looks, presented collections full of unabashed glamour and campy femininity.

Christian Siriano took inspiration from pop-art with a show that featured live painting by fashion’s Instagram artist of the moment, Ashley Longshore, whose giant portraits of Coco Rocha and Lady Gaga provided a backdrop for a range of bright, shiny daywear in electric rainbow mylar, suits printed all over in an eye illustrated by Longshore and a tumbling tulle ball gown that looked ready for the Golden Globes.

Even though Siriano is booked and busy for the Emmy Awards next week, the Spring collections are where he presents more of his red carpet potentials.

“What works in a collection doesn’t always work on the red carpet, so we try to balance it,” he said, adding that after more than a decade in the business, he has now resolved to please himself on the runway instead of playing to what the industry insiders might approve.

“There are a lot of pieces in the collection that are more romantic and whimsical that maybe not everyone will love, in this audience, which is okay,” he said. “It’s more successful for us in business terms.” 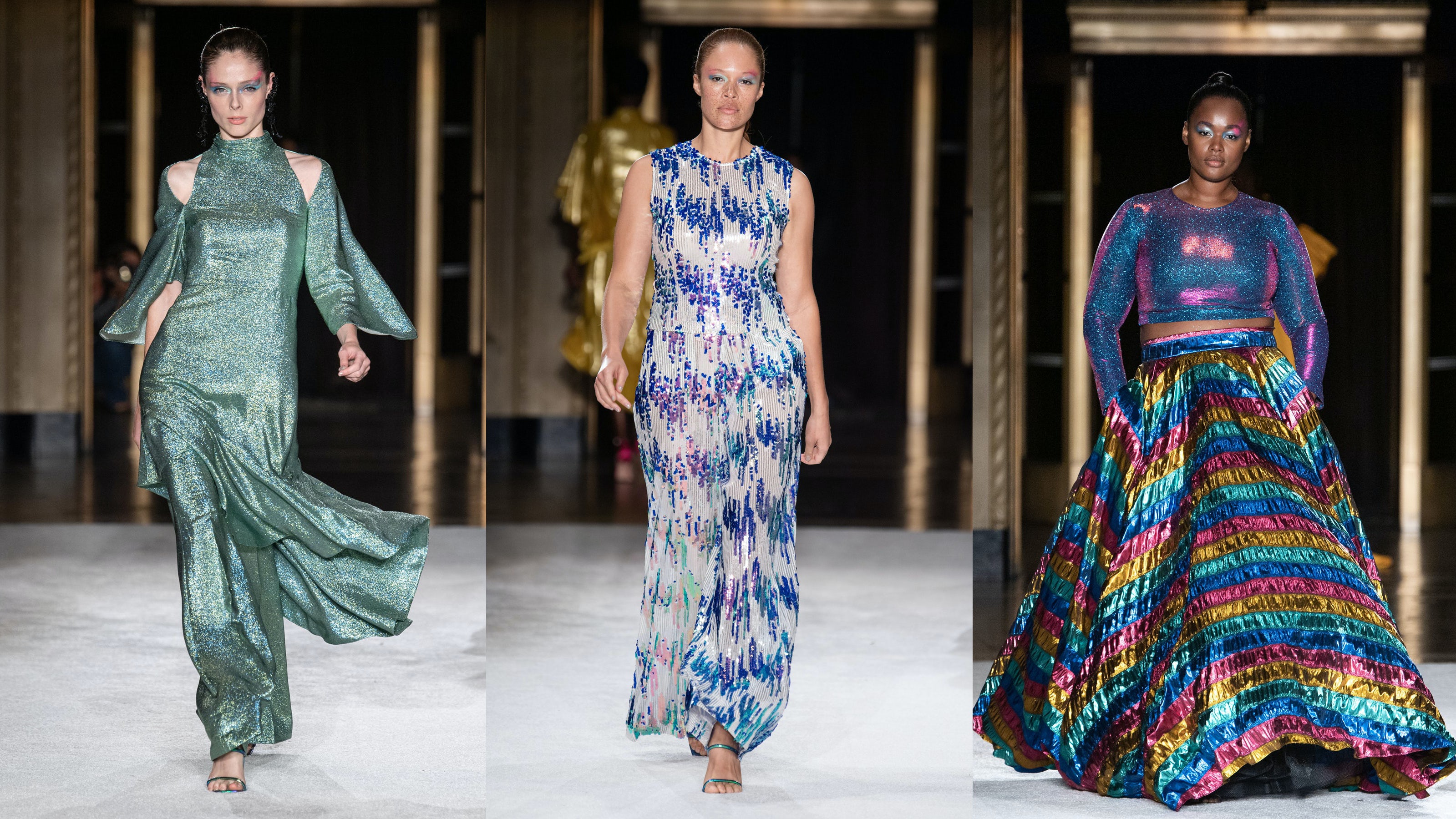 Not counting on industry approval has paid off for Siriano, who was rejected by the establishment at first but is now lauded for his progressive casting and diversified business. That’s because many of the things that made him an outsider in the first years of his career — a stint on reality television, dressing lesser-known actresses who don’t fit sample sizes, mass-market collaborations —are a winning strategy in a challenging industry for independent designers.

“It's hilarious and I love it,” said Siriano in response to the new wave of designers and industry folk coming to television. Netflix and Amazon are working on their own fashion competition series.

“We have a business in mass market because of that,” he said. The metallic aqua tuxedo gown dream he sells on the runway push that machine too.

Siriano knows his tastes aren’t for every woman or every editor, but he also knows better than to try to please everyone. “TV is a fickle thing,” he said. So is fashion.

Brandon Maxwell has grappled with that same urge to please fashion’s establishments since the stylist, known for his work with Lady Gaga, launched his namesake line in 2014. But the industry warmed to his tailored minimalism and Southern humility from the start. In June, he won womenswear designer of the year at the CFDA Awards, and he has made a name for himself beyond his famous client, both within the industry and beyond as a new judge on Project Runway.

On Saturday night in Brooklyn, he hosted guests with hamburgers and and a fully stocked bar in his typically kitschy fashion — “Brandon’s” merch and diner-style neon lights, Dolly Parton and Whitney Houston on the soundtrack — and presented a collection that eased up on the slick black and white evening wear which has become his signature. Maxwell focused much more on denim and separates, like the soft camel blazer worn over a denim collared shirt on model Irina Shayk, who opened the show. The collection was styled by Carlyne Cerf de Dudzeele, and its colours ranged from pastels to autumnal tones. The mix was easy and optimistic in a way that felt true to his own wide-eyed joy about being a designer with a platform that draws attention.

A new addition to his repertoire is men’s, which debuted in the form of 10 looks. The luxurious tailored suits and sweaters  were beautifully crafted, but lacked the Southern glamour of the rest of his offering.

Maxwell’s exposure on Project Runway has opened him up to his customer in new ways. Women recognise him on the street, an experience he’s still not used to. “I am from middle America and I do want to have that conversation,” he said, emphasising that he is “building an American business.”

“I have to get past the fear of 'will people love it, will people not?'” he said. “I grew up in the store; it’s about the customer.” For now, he doesn’t have to choose. 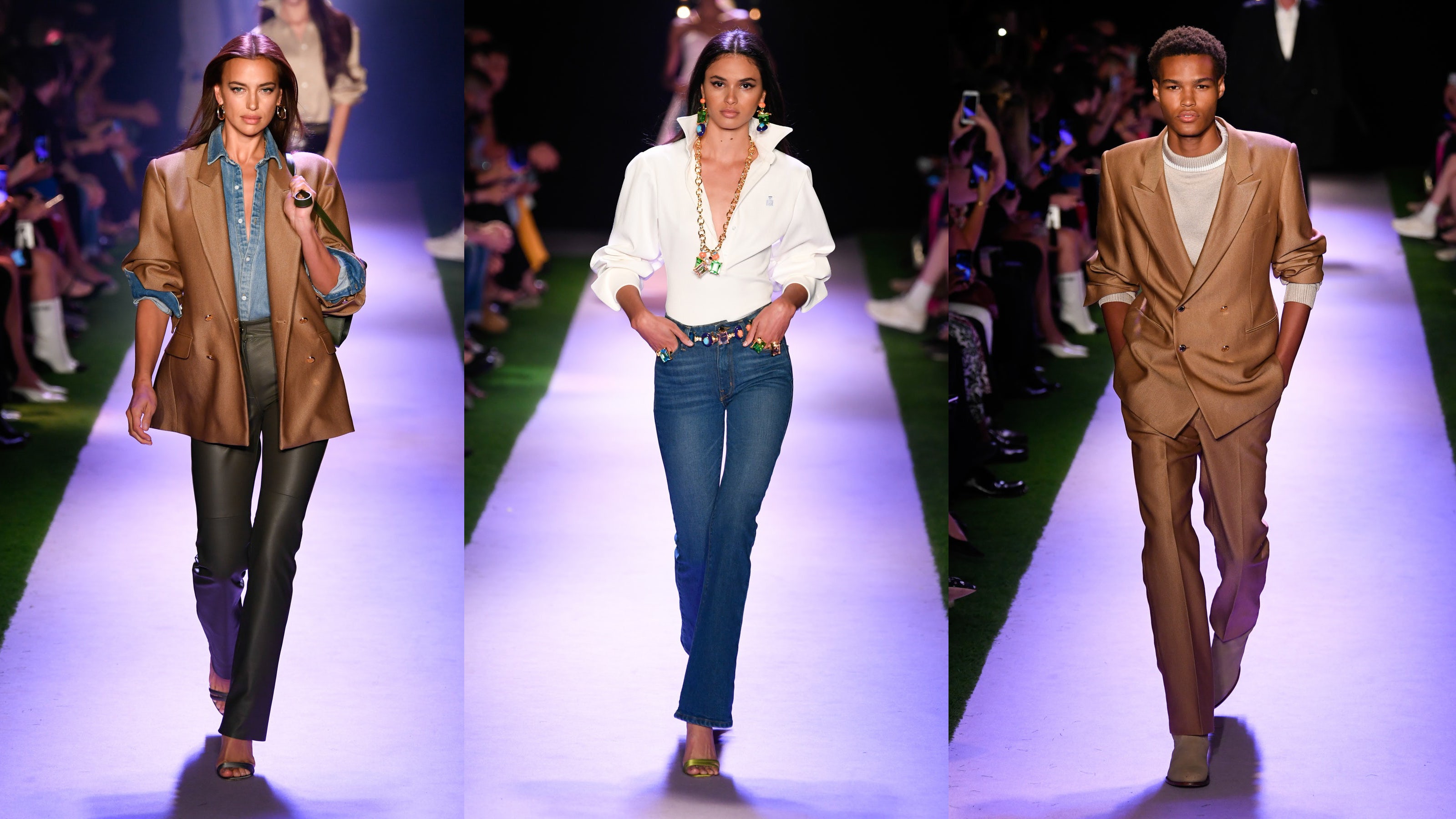