Louis Vuitton, Chanel and Valentino fuse past and present in their quest for an uncertain future.

Louis Vuitton, Chanel and Valentino fuse past and present in their quest for an uncertain future.

Paris, France — PARIS — On Tuesday night, an Extinction Rebellion protestor managed to make her way the length of the Passage Richelieu — the byway in the Louvre that was doubling as the Louis Vuitton catwalk — before she was manhandled into the wings by security. So the audience had plenty of time to reflect on her message. OVERCONSUMPTION = EXTINCTION. Flood, fire, famine, the evidence of our own eyes tells us that’s true. But before extinction comes decadence. Nicolas Ghesquière’s show opened as a vampire ball, lit by fifty chandeliers. A bell tolled, ominous chords sounded. The models moved in gossamer, gilded panniers or beaded vamp skullcaps or languid bias-cut gowns over jeans. They wore bellhop jackets over slips, on their feet, open-toed wrestling boots, or sandals. Some of them had beaded masks, or sunglasses as elaborate as Peggy Guggenheim’s. There were plenty of capes. Ghesquière has just dressed Alicia Vikander for HBO’s new production of “Irma Vep.” (Anagram fans, have at that.)

The designer’s fascination with timelessness couldn’t find a better rep than the vampire who straddles eternity, plucking a pannier from here, denims from there. The last live show before fashion surrendered to the pandemic in March 2020 was Ghesquière’s. It took place before a backdrop of a choir dressed in clothes that spanned five centuries. Picking up those historical traces here felt almost like his acknowledgement that time has stood still since. It certainly has felt that way at times this week in Paris. Some familiar faces actually look younger. Maybe fashion itself is the vampire. Ghesquière’s show opened in history, closed in now, with the casually luxe glitter-and-utility sportswear that has become his signature at Vuitton. But the last look suggested you can never escape the past. The big black puffa jacket had gathered sleeves, the coin-dot blouse exploded into a high frilled collar, the high-waisted cargo/culottes could have been skater pants or 18th-century britches. It’s a kind of post-modern approach, mashing history into a cultural mulch. It’s fertile ground for a fashion statement, but you have to wonder where it sits in the wider world of chaos and confusion. 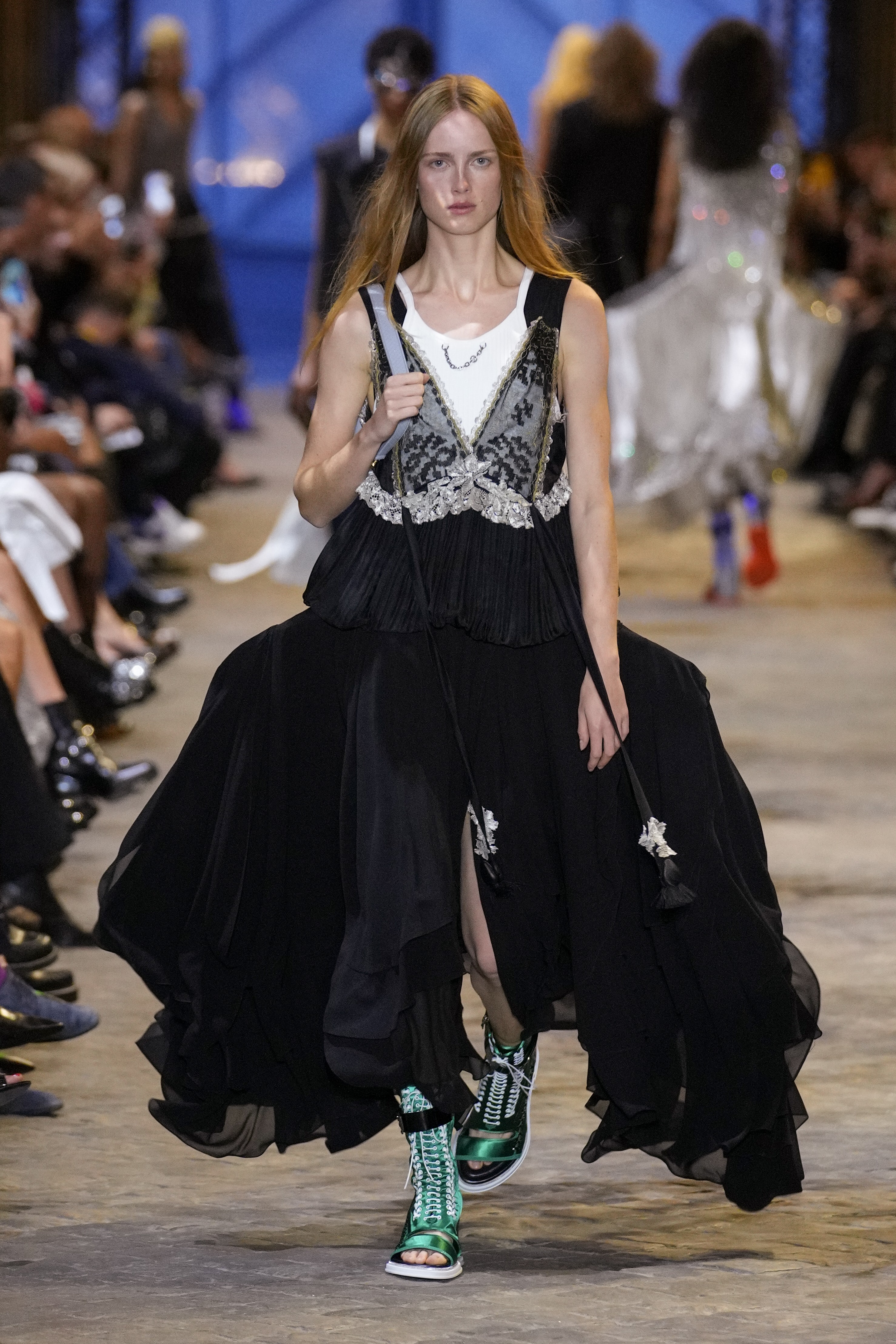 Mind you, you could say the same thing about almost anything that has presented itself on the Paris catwalk this week. For anyone who was there at the time, getting on for thirty years ago, Virginie Viard’s show for Chanel was a blast. Drawing on her own galvanic experiences of the supermodel era, she recreated the atmosphere of a Chanel presentation from the early ‘90s when shows took place in the Carrousel du Louvre, in the airless bowels of the museum. Those were the days when fashion was oblivious to social issues, when gaggles of uber-beauties chattered and laughed down elevated catwalks surrounded by photographers. It probably felt like a time of infinite possibility to its protagonists. Then reality bit.

But that wasn’t Viard’s concern on Tuesday. Instead, she did a remarkable job of recapturing the essence of Karl Lagerfeld’s shows from that time long ago. The opening section, with its monochrome bodycon, was straight out of ‘93, the bermudas were even earlier (Linda with the surfboard, spring 1990?). The piling-on of accessories was also historically accurate. The colour palette — sunshine, lilac and bubblegum — popped appropriately. I spotted quilted black leather dungarees, which definitely struck a back-then chord. And a final passage of butterfly-printed hostess skirts in chiffon had the airy enthusiasm of a less troubled time.

Christine and the Queens’ version of George Michael’s supermodel anthem “Freedom 90″ was on the soundtrack, and Viard’s models responded by transforming from sullen to swinging. They smiled, they swirled. They worked a skirt, twirled a shawl, played cute for the photographers. There was even a girl gang on stage at the end, Mica and Rianne turning back for one last knowing look, laughing. It wasn’t hard to see why Viard opted for such an exercise in nostalgia. It was so uncomplicated, so appealing, so distracting from any recently aroused doubts about her grasp on Lagerfeld’s legacy. 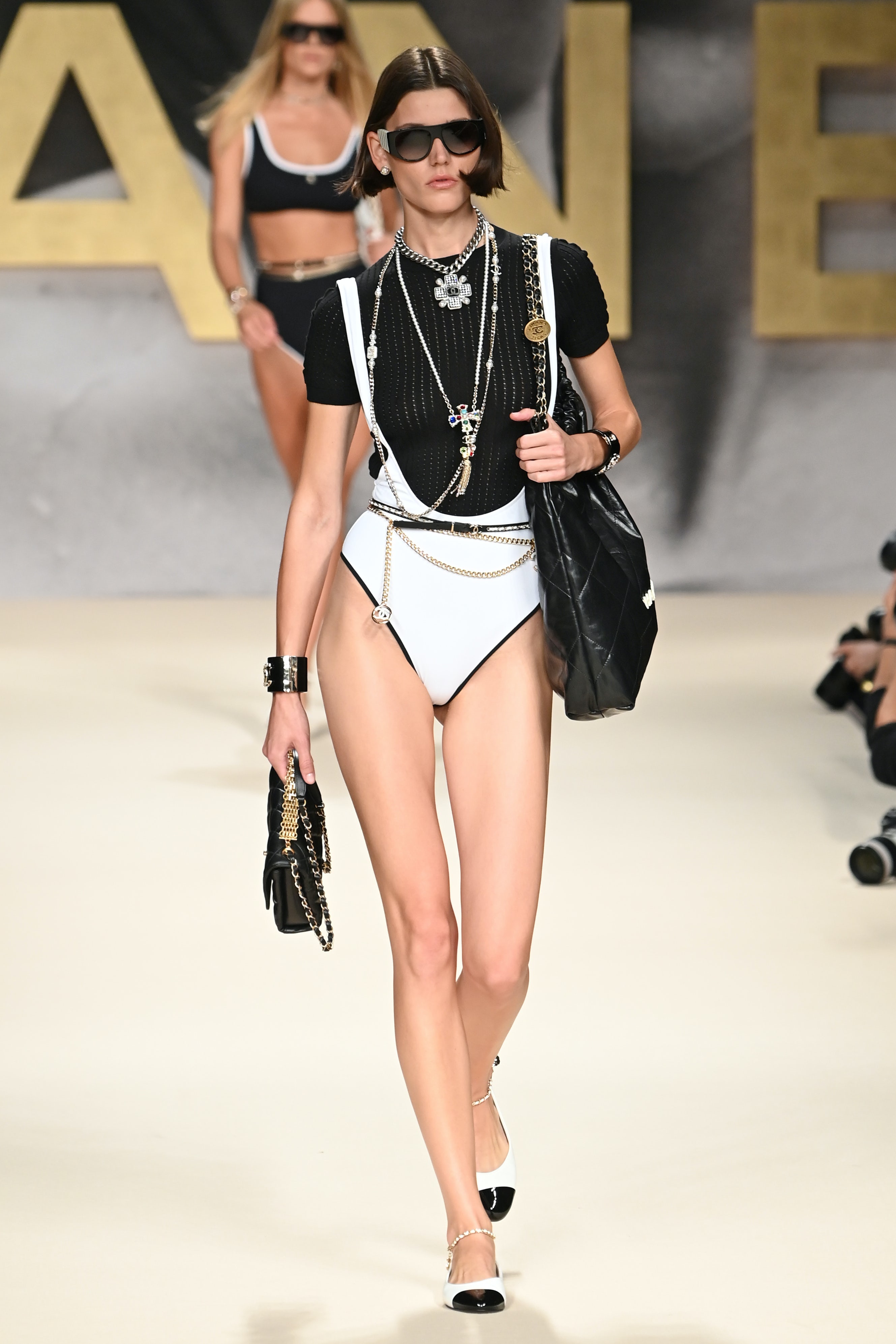 There were definitely moments in Pierpaolo Piccioli’s show for Valentino when I wondered what Mr. Garavani’s reaction would be to Piccioli’s husbanding of his legacy. On the one hand, there was the new initiative, called Archive, where Piccioli recreated stitch-perfect versions of pieces from the past. On the other, there were his suggestions for TikTokers. And in the middle, there were pieces whose realisation pushed the boundaries of ready-to-wear to couture heights. In other words, it was a rare, occasionally incongruous and uncomfortable mix.

Archive is very much in keeping with initiatives from other heritage houses, which are seeking to re-animate decades of sleeping beauties. Piccioli’s effort has an interesting twist. His love of fashion was sparked by images in magazines, so each of his archive pieces has a jacquard label of the image he associates with the piece, detailing date, photographer and model. The first look in the show was a repro of an outfit from 1960 originally modelled by Marisa Berenson and photographed by Henry Clarke. Later, there would be a coat whose original was modelled by Veruschka and a glorious poppy-printed gown that was first photographed by Chris Von Wangenheim. Fetishising fashion’s past in such a way seems to me like an appropriate acknowledgement of its enduring fascination. It’s wonderful seeing archives come to life. 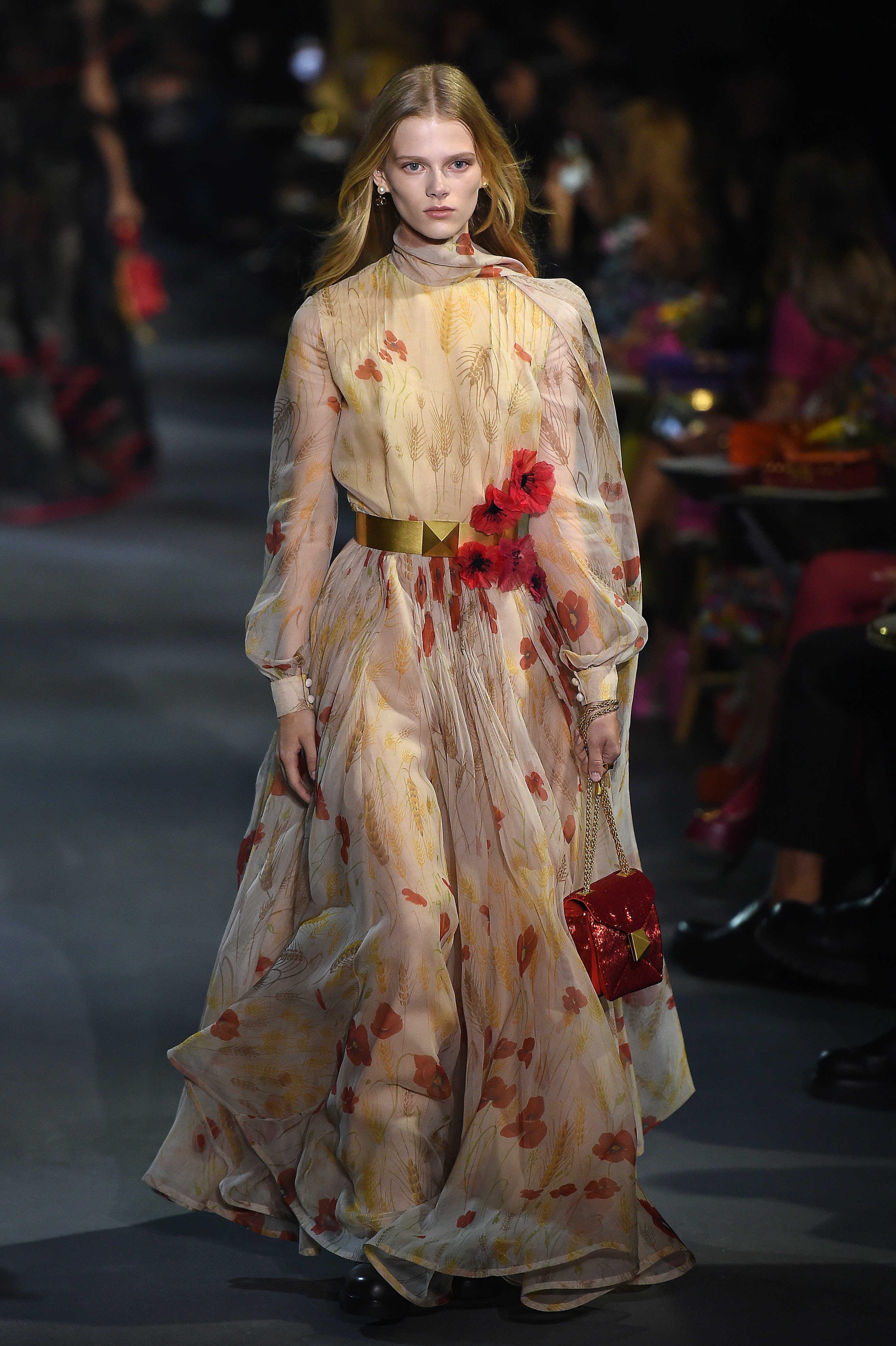 A model walks the runway for Valentino Spring/Summer 2022. Dominique Charriau/WireImage

But then Piccioli contrarily said he didn’t like the idea of going back. He felt it was a sign of insecurity about the future. So his show was all about forward thrust, a new Valentino multiverse of fluid boys and girls. During the lockdowns, he’d missed the connections, the emotions of live audiences. No more aristocratic show space, or “distant beauty,” now Piccioli wanted his models in the street. But there was a twist. He’s been talking about giving his couture clothes “a touch of the real,” and he’s done that very successfully. Here, he fancied the opposite: creating real-world clothes with a touch of couture. His fabric of choice was taffeta, but it was almost nylon-like, washed as soft as kittens, tailored into coats, jackets and shorts, grounded with chunky boots or sandals. You won’t see a high heel in nu-Val. “Super-simple pieces, universal, genderless,” said Piccioli.

“The same codes with a new meaning,” he added. Still, those fabrics … moiré, tulle, silk faille! Those colours! Those embroideries! And the eveningwear! The sublimated sumptuousness of all that spoke quietly to old Valentino, and I didn’t mind.