Imran Amed sat down with Carol Lim and Humberto Leon, founders of the game-changing fashion retail concept Opening Ceremony, to discuss their ascent to the top of the fashion industry.

NEW YORK, United States — Opening Ceremony is one of the most innovative and highly respected fashion retailers in the world, with a compelling high-low edit and a collaborative, community-oriented approach. In the latest instalment of #BoFLive, held at Neuehouse in New York, Imran Amed sat down with Carol Lim and Humberto Leon, founders of Opening Ceremony and co-creative directors of Kenzo, to discuss their journey to the top of the fashion industry.

“The target was us, and all our friends... Everything came from a very personal point of view,” explained Leon. “It’s important to be authentic.” 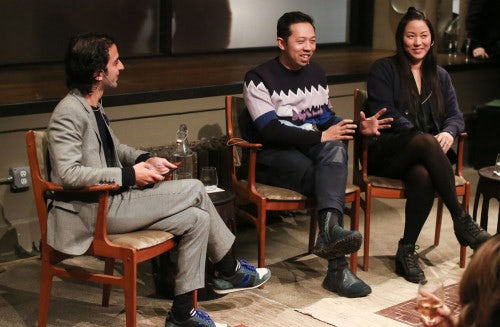 The duo first met at the University of California, Berkeley, the “nerdy” bohemian enclave where they bonded over a mutual love of fashion and embarked on weekly thrift-shopping trips to Oakland, piling their arms high with $5 finds. Post-graduation, Lim and Leon both took corporate jobs (at Deloitte and Old Navy, respectively) honing the commercial savvy that would help them launch Opening Ceremony in 2001 on New York’s Howard Street, then a forgotten, and cost-effective corner of Soho. “We have very practical backgrounds. We have always dealt in logic,” said Leon. Today, Opening Ceremony has stores in New York, Los Angeles, Tokyo, and London; its own apparel line; and has partnered with Acne Studios, Topshop, Pendleton and Target, amongst many others.

In 2011, Lim and Leon were named co-creative directors of Parisian label Kenzo and charged with injecting new energy into the then-staid brand. The American retailers-turned-designers have since collaborated with Chloe Sevigny, Jean-Paul Goude and Spike Jonze, and brought a fresh, youthful and more accessible sensibility to the label.

“We never create collections or do shows that don’t sell. We still approach design with aspiration and fantasy, but it’s important that the fantasy is reachable. It’s not something so far away that you can’t touch,” said Leon. “The most exciting and rewarding thing is to be in a cab and say, ‘Oh my god, those people [outside] are wearing Kenzo or Opening Ceremony,’ and we’re taking out our smartphones and taking pictures.” 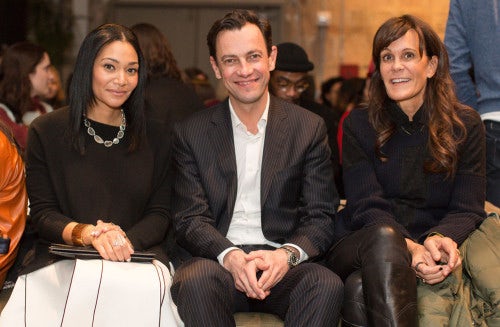 During the talk, Lim and Leon revealed that Opening Ceremony, known for its Olympics-inspired concept of showcasing design talents from a new country each season, would focus on Russia next season, a timely choice given the politically fraught Winter Olympics currently taking place in the Russian town of Sochi and the anti-gay rhetoric of the country’s leaders. “We’ve always wanted Opening Ceremony to be a platform — for fun and fashion, but also for larger issues,” said Lim. “How do we bring light to this country that seems to be so strict about these issues that mean a lot to us personally?” added Humberto Leon.

The duo also revealed that Opening Ceremony is set to collaborate with the Magritte Foundation on a capsule collection inspired by Belgian surrealist artist René Magritte.

Looking back on their remarkable careers, Lim and Leon recalled one of their most challenging moments: “Opening our LA store, we were denied a bank loan and had no money for merchandise,” said Leon. “But we’re not afraid to get our hands dirty. Carol and I didn’t come from money. We grew up in the suburbs and worked at malls. And it’s very exciting to see our dream come into play.”

Watch the video of Imran Amed’s live interview with Carol Lim and Humberto Leon above. 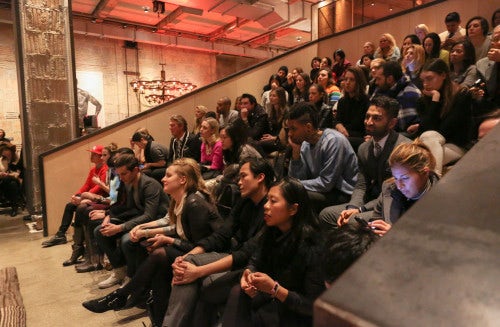