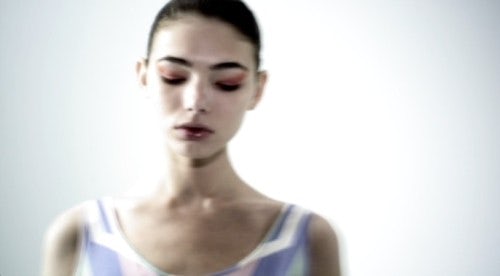 NEW YORK, United States — Fashion film was everywhere this season. Emerging and established designers alike dreamt up new ways to use the medium, proving it to be an increasingly powerful and flexible format for capturing, heightening and transmitting the energy of the collections.

In New York, designers Gareth Pugh and Tim Hamilton presented films that acted as prequels and sequels to their respective Paris runway shows, extending their presence across multiple fashion capitals. While in London, DAVID DAVID presented a series of clean and cost-effective films in lieu of an expensive runway show, Richard Nicoll showed a haunting short to introduce his catwalk outing, and luxury knitwear manufacturers Pringle of Scotland returned to London Fashion Week with a beautiful film featuring Tilda Swinton.

Fashion film was a powerful force in Paris, as well. Alexander McQueen integrated film into his visionary, technology-infused show, creating a heightened, multimedia experience for the editors and buyers in attendance, while beaming the spectacle to the world via twin robotic cameras and a link up with Nick Knight's website SHOWstudio.

What follows is a BoF Best of the Season selection of what we think were the most innovative and captivating fashion films (and fashion film happenings) we saw this season. (RSS and Email subscribers, click here to view the films).


Alexander McQueen's show at the Omnisports center in Paris was utterly extraordinary, not least because of the way the designer integrated revolutionary new technology into his runway outing. Presented on a 60 foot LED screen behind the catwalk, a mesmerizing digital film by Nick Knight, featuring Raquel Zimmerman coiled with snakes and melting in and out of a watery tomb, drove home the dystopian themes of the collection. We think the film provided a perfectly immersive backdrop to the clothes and turned this spectacular show into a multi-sensory blockbuster.


"This may be one of the most moving displays of fashion imagery I have seen," tweeted BoF editor-in-chief Imran Amed from the private view of "Guy Bourdin: Ses Films" on the second floor of venerable Paris department store Le Bon Marché. We think Bourdin was a true pioneer. His experiments in fashion film, shot long before digital video or the internet, blend sex and surrealism with an undercurrent of violence that has inspired fashion filmmakers ever since. 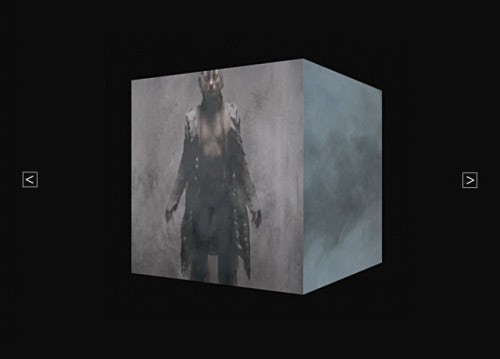 This season, Gareth Pugh established his first presence at New York Fashion Week with four abstract films, created in collaboration with fashion filmmaker Ruth Hogben and presented on a giant monolithic cube in the darkened loading dock at Milk Studios. Inspired by the four elements – earth, water, wind and fire – we think the films were a perfect trailer for Mr. Pugh's Spring Summer 2010 runway show in Paris, creating just the right dose of mystery and heightened anticipation, without giving away too much.


Produced by Jaime Perlman, Art Director of British Vogue, and directed by Kathryn Ferguson, we love the beautifully layered short film that set the mood for Richard Nicoll's S/S 2010 runway show. The film also appears on TEST, Ms. Perlman's new online platform which brings a new sense of transparency and democracy to the making of moving fashion imagery, presenting finished work alongside creative inspirations, behind the scenes moments, and profiles of everyone involved in the creative process.


Also launching this season was Vanessa Bruno's film with longtime collaborator Stephanie Di Ciusto, featuring Lou Doillon. Released in lieu of a catalog, Bruno's "visual poem" beautifully depicts Doillon as she evolves from cave dwelling wild child to contemporary urban warrior. But what we find most interesting is Bruno's decision to use fashion film to speak directly to consumers. In a smart move, she decided to launch the video on vanessabruno.com and YouTube, as a gift to her loyal fans, and feature the A/W 2009-2010 collection that's currently in stores.


David Saunders of DAVID DAVID presented his Spring Summer 2010 collection with a series of fashion films that had us hypnotized. We like how the films stayed focused on the clothes, playing with music, subtle visual effects and the bold geometric prints of Mr. Saunders' elegant shirt dresses and swimwear to create an entrancing mood.

7. A SHADED VIEW ON FASHION FILM


This season, Diane Pernet staged her second annual fashion film festival, "A Shaded View on Fashion Film." As the medium continues to grow, we think the importance of an annual event like this to help incubate and recognize both emerging and established talent cannot be overestimated. The festival featured a stunning selection of films by Ruth Hogben, Steven Klein, Undercover, Georgie Greville, Chris Cunningham and others, including our favorite: a "video portrait" of Rick Owens by fashion film pioneer Nick Knight.

Montreal-based label Complex Geometries bypassed the traditional fashion week outing altogether, deciding instead to show their Spring Summer 2010 collection, "Perpetual Leisure," exclusively on film with a beautiful short created by Jason Last. We think this approach makes sense for emerging designers with limited budgets and love how the film elegantly combines music and slow motion to conjure up a powerful mood, while showing off the clothes to full effect.


Tim Hamilton's Rope and Climb were created in collaboration with contemporary artist and photographer Collier Schorr. Screened at New York Fashion Week, we think the simple, but evocative films beautifully complement each other and were a smart way to give the brand a continued presence in New York, following Mr. Hamilton's decision to show both his women's and men's collections in Paris.


In London, Savile Row "sporting and military tailors" E. Tautz created a quirky animated fashion film to launch their Spring Summer 2010 ready-to-wear collection. Created by Quentin Jones, we think the film lightens things up, while getting at the specifically English sense of style and humour that underlies the elegance of Savile Row. 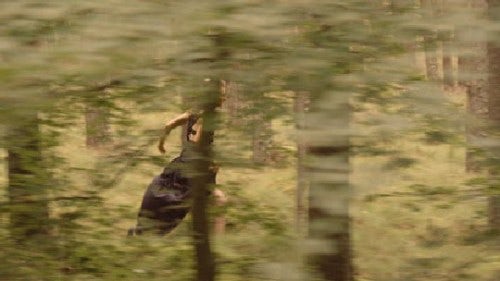 Luxury knitwear manufacturers Pringle of Scotland celebrated its return to the London catwalk with a short film that perfectly complemented the colour palette and sensibility of the new collection that followed. Starring Tilda Swinton, the brand's current muse, and shot by Ryan McGinley near Swinton's home in Inverness, the film was beautifully conceived and executed. But we have to question Pringle's distribution strategy. The film debuted during London Fashion Week and has been discussed on the internet, by both the fashion press and consumers, but curiously will not be available online until the Spring.

Which fashion films got two thumbs up from you this season? Let the BoF community know which films you thought were special.