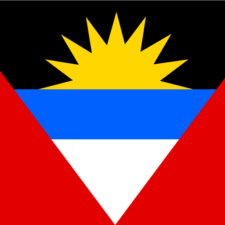 Since her modelling career kicked off in 2018, Philip has become a force for representation as the first black trans disabled woman to be signed by a major agency.

As a black, disabled gender-non-conforming trans woman, Aaron Philip has broken numerous barriers working as a model to improve visibility for marginalised identities in fashion and broader society.

Originally born in Antigua and Barbuda, Philip was diagnosed with quadriplegic cerebral palsy as a baby. When she was three years old, she and her parents immigrated to the United States in search of better healthcare. Initially coming out as gender-fluid aged 14, Philip later identified with gender-non-conforming femininity, and now refers to herself as a gender-non-conforming trans woman.

In true Gen-Z form, Philip said in an interview with Paper magazine that she “grew up with the internet,” where she developed a love of fashion and, at the age of 16, resolved to become a model. Philip also credits the internet with allowing her to achieve this dream. She started posting photos of herself on Twitter in November 2017, as well as using the platform to express her hopes of becoming a model. In August 2018, after freelancing for roughly a year, Elite Models contacted Philip to confirm their interest in managing her, making her the first black, trans, disabled woman ever to be signed by a major agency.

Philip’s portfolio of campaigns includes the likes of Sephora and Outdoor Voices, as well as her first runway gig closing for Willie Norris’ show in June 2019. She has also featured in Dazed and Teen Vogue, which documented her high school prom experience, and featured on the cover of Paper magazine’s Pride 2019 digital issue, for which she was interviewed by Naomi Campbell .

In her work to push for representation of marginalised identities, Philip sees herself as an advocate rather than an activist, as she considers herself a model first and foremost and does not want to discredit the work of professional activists — an attitude she distilled in the now-viral tweet “I’m not an activist I just give a fuck lol.”

Her accomplishments outside of modelling include appearing as a panelist and guest speaker at Antigua’s first national conference on disability, and starring alongside James Butler in a video by Planned Parenthood, where she promoted the organisations resources for answering questions about gender and sexuality. She has also penned her own memoir “This Kid Can Fly: It's About Ability (NOT Disability),” which she co-wrote with Tonya Holden and was published by Harper Collins.

Philip is based in the Bronx, New York and represented by Elite New York City.