In October 2016, Claus Dietrich Lahrs was appointed chief executive of Bottega Veneta, succeeding Carlo Alberto Beretta. Previously, Lahrs served as the chief executive of Hugo Boss from 2008 to February of 2016. During his time at Hugo Boss, Lahrs was responsible for Hugo Boss, BOSS and the brand's licenses, overseeing lines that include menswear, womenswear and fragrances. In June 2019, Lahrs exited Bottega Veneta after three years in the chief executive role, and less than a year after the arrival of new creative director Daniel Lee .

While at Hugo Boss, Lahrs focused on own store retail sales. Hugo Boss opened 218 branches in 2012, including stores in Brussels, Toronto and Melbourne, as well as a big push in Asia, taking the brand’s total store locations to 840. Store openings were not Lahrs’ only strategy for growth; the executive lured designer Jason Wu to the company as artistic director to reinvigorate the company’s womenswear offering, a sector traditionally not as strong as its menswear.

Prior to his appointment at Hugo Boss, Lahrs was chief executive of Christian Dior Haute Couture from 2003 to 2008. He began working with LVMH in 1997, leaving a marketing and sales vice presidency at Richemont’s Cartier to become managing director of Louis Vuitton in Germany. In this role, he oversaw Louis Vuitton, Céline, Loewe and Kenzo in Germany. He was appointed president and chief executive of Louis Vuitton for the United States and Canada in 2000, a position he held until he was appointed president of Christian Dior Haute Couture. 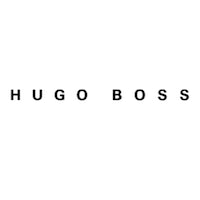 Will Cavalli Be Able to Pull Off a Versace?