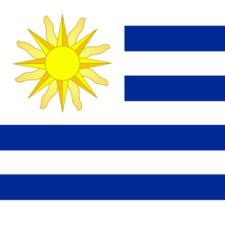 The New York-based designer’s focus on sustainability married with sophisticated designs earned her acclaim from the public.

Gabriela Hearst is a New York-based men’s and womenswear designer who launched her sustainable, eponymous label in 2015, and made headlines with the Nina Bag, which launched in 2016 and boasts an extensive waiting list. She is now at the helm of Chloé as creative director.

Having launched her first label, a contemporary women’s line called Candela in 2004, Hearst’s focus turned to sustainability for her second ready-to-wear line, which incorporates already existing materials and unused stock from factories.

“We have integrity in how we make our things, check who makes them and where they come from,” Hearst told MatchesFashion. “We make sure that, for our woman, things are made in the best environment, in the best possible way and that those core values are placed to the fore.”

Awarded the Woolmark Prize for Womenswear in 2016, Hearst’s appreciation for wool comes naturally: she is a sixth generation producer who inherited her family’s ranch in Uruguay in 2011.

Upon being awarded the prize, Dame Natalie Massenet said of Hearst: “She did a very good job of showing high-low, from evening gowns through to trench coats and pant suits and we feel that she will have an enormous future and will be great spokesperson for wool.”

In 2017 Hearst designed a sweater in support of Planned Parenthood, with a goal of raising $50,000 for the organisation.

In December 2020, Hearst was named Chloe’s new creative director, succeeding Natacha Ramsay-Levi . Her first show for Chloe was in March and she has remained the creative director of her namesake label.