He expanded and drove sales past one billion euros at the world’s largest luxury menswear brand, founded by his grandfather.

As chief executive officer of Ermenegildo Zegna, Gildo Zegna oversees the vertically integrated Italian group’s interests in its ready-to-wear, casual and sportswear lines as well as its textile production division.

Having held the position of co-chief executive since 1998, Zegna was appointed sole chief executive in 2006, and has since directed one of the group’s most extensive growth stages, driven by continuous international expansion in countries within the Middle East, Australia, Brazil and Africa. At the end of 2012 the group was operating over 550 international stores – 300 operated in-house – and reported year end revenues of €1.27 billion marking it as one of the largest luxury menswear brands within the fashion industry. In 2012, Mr Zegna appointed Stefano Pilati as Head of Design of the Ermenegildo Zegna Couture and the creative director of Agnona.

Zegna obtained a bachelor’s degree in economics from the University of London. In the late '70s, prior to joining the family group, the young executive secured a position as an assistant buyer in the sportswear division of Bloomingdales under the tutelage of retail legend Marvin Traub. On joining the Zegna group in the early '80s, Mr Zegna was immediately involved in the company’s expansion in America and Europe, through concessions in stores such as Harrods and Neimen Marcus and in 1991 oversaw the opening of the brand’s first Chinese store in a small boutique hotel in Beijing.

The Group manages the philanthropic activities of the Zegna family in support of organizations that work to improve society and the environment. These activities are promoted by Fondazione Zegna, of which Anna Zegna is President. In 2012 a new Ermenegildo Zegna project was launched worldwide: ZegnArt, a structured set of activities in the field of visual arts within a contemporary context.

As part of the ongoing policy of human resource development that the Zegna Group supports through training and incentive programs, the inauguration of the Ermenegildo Zegna Founder’s Scholarship was announced in 2014. The program will provide €1 million annually to enable talented Italian graduates to pursue postgraduate studies, while encouraging them to return to Italy upon completion of their programs abroad. The project is expected to run for 25 years and is a tribute to the Group’s founder, Ermenegildo Zegna, who was well-known for his philanthropy and commitment to Italy. 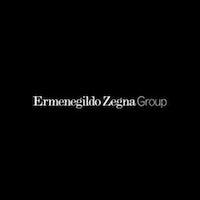 Zegna and Fear of God: What the Merger of Suiting and Streetwear Says About the Men’s Market