The British designer has made waves with his gender-bending work for his eponymous label and was named creative director of Loewe in 2013.

One of the industry’s most feted British designers, Jonathan Anderson — the eponymous creative director of  JW Anderson  — is internationally heralded as a significantly original talent. Since his 2013 appointment as creative director of Spanish luxury house Loewe, he has exhibited a more refined take on his idiosyncratic aesthetic and in 2015 was awarded womenswear and menswear designer of the year at the British Fashion Awards, the first time any individual had been presented with both awards in tandem.

Initially, Anderson pursued a career in acting at the Studio Theatre in Washington DC An interest in costume design, however, led the Northern Ireland native to complete a degree in menswear design at the London College of Fashion , from which he graduated in 2005. After working as a visual merchandiser for Prada under the tutelage of Miuccia Prada ’s right hand Manuela Pavesi , Anderson launched his career as a menswear designer in 2008.

He was quickly singled out as “one to watch,” receiving sponsorship from the British Fashion Council ’s NewGen committee in 2010, and presented his first catwalk collection at London Fashion Week, after building a reputation through sponsored collections created for Topman. At the request of fans, Anderson also launched a capsule womenswear collection at the start of 2010, which received instant critical acclaim and commercial success and saw him secure a second NewGen sponsorship.

In September 2012, Anderson collaborated with high-street giant Topshop on a limited-edition collection of clothing and accessories that sold out within hours of launching. Anderson produced a second collection for Topshop in February 2013 and in June 2013 showcased his first collection for Versace’s diffusion line Versus.

In September of 2013, LVMH took a minority stake in JW Anderson and hired Anderson to take the creative helm at Loewe, an LVMH-owned brand based in Madrid and best known for its leather goods. 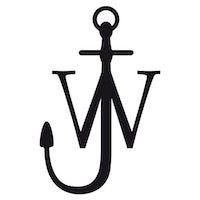