The husband-and-wife team behind one of Denmark’s hottest brands has redefined sustainable fashion and helped put Copenhagen on the map.

In 2009, husband-and-wife duo Nicolaj and Ditte Reffstrup took over dormant Danish cashmere company Ganni, with Nicolaj as chief executive and Ditte as creative director. Today, the brand has a cult following of #GanniGirls, champions sustainable fashion and is redefining Scandi style.

After leaving high school, Ditte became a trainee in buying, retail and design at Danish fashion brand Bruuns Bazaar, also spending some time in Paris. She later worked as a buyer at the now-closed Pede & Stoffer and then Flying A, both fashion stores in Copenhagen, before taking on the role of creative director at Ganni.

Nicolaj studied business, administration and philosophy at Copenhagen Business School, followed by an MA in information technology at IT University of Copenhagen. After graduating, he went on to hold tech roles and co-founded various companies, including Oryx Invest and Spleak Media Network Ltd.

In 2009, the Reffstrups took over ownership of Ganni, with Nicolaj as CEO and Ditte as creative director. Steering the company to optimise sustainable practice, Ganni is part of the Danish Fashion Ethical Charter and a member of the Sustainable Apparel Coalition. Nicolaj is also a board member of Danish Fashion Institute and Copenhagen Fashion Week, as well as chairman and partner of jewellery brand Sophie Bille Brahe ApS.

In 2017, a 51 percent stake in Ganni was sold to L Catterton, the consumer-focused private equity firm whose shareholders include LVMH. That year, Ganni’s turnover was close to $50 million. The following year, Nicolaj stepped down as CEO, replaced by Andrea Baldo from Coccinelle.

Nicolaj and Ditte Reffstrup live in Copenhagen’s Østerbro neighbourhood with their three children. 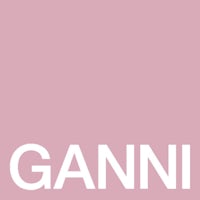