The American designer was one of the first to launch a global lifestyle brand of preppy, sporty apparel and sold it for billions.

In his career, Tommy Hilfiger built one of the worlds most recognisable and widely distributed brands ever. For a period of time, even the colours red, white and blue were synonymous with the designer. The designer pioneered courting hip-hop artists, in a time before it was common practice, extending his brand’s reach even further. Hilfiger sold his company the Tommy Hilfiger Corporation, the umbrella for 14 product lines, for $1.6 billion in 2006. In March 2010, Phillips-Van Heusen, owner of Calvin Klein , bought the Tommy Hilfiger Corporation for $3 billion.

Hilfiger grew up in Elmira, New York, and started to work in retail at the age of 18. Hilfiger’s entrepreneurial spirit arose young. The designer told Forbes, “During my senior year in high school, I started a business with some school buddies. We chipped in $125 apiece and started selling jeans. Then we opened a store called the People’s Place. It was a smash hit," he said. "It got to the point where I was selling jeans out of the trunk of my car because people wanted them so badly. Much to my parents’ dismay, I decided to skip college. I really believed that I could teach myself how to grow a business and a brand and get my degree in the 'real world.'"

After seven years The People's Place went bankrupt, Hilfiger was 25. The designer responded by studying commerce, “I forced myself to learn the nuts and bolts of the business, and not solely on the creative side. I got hyper-focused on it. I learned how to read a balance sheet. I figured out how to control expenses and figured out a way to build a business on a shoestring budget. In school they teach you through case studies of other companies. I had my own case study.”

“When I was 28, I formed a design team and landed Jordache as a client. They liked our designs but then decided that they didn’t need to expand beyond jeans, so they let us go. I was back on the pavement. A year later, in 1985, I decided it was time to create my own brand.” Although he was offered design assistant positions with Calvin Klein and Perry Ellis, he turned down the offers despite the fact that he was broke.

By 1988 his brand had sales of $25 million. “We reached $500 million in the mid-1990s. By the end of that decade our sales were $1 billion. Our success, I think, was a mixture of luck, hard work and following through with our plan.” Hilfiger became an industry pioneer by sponsoring the tours of Britney Spears, The Rolling Stones, Sheryl Crowe, Jewel and Lenny Kravitz; the Tommy Hilfiger brand also collaborated on fragrance campaigns with Beyoncé and Enrique Iglesias, and a fashion campaign with icon David Bowie and supermodel Iman.

By 2004, the company had 5,400 employees and revenues in excess of $1.8 billion. The Council of Fashion Designers of America named Hilfiger Menswear Designer of the Year in 1995; he was again honoured by the CFDA in 2012, which presented him with the prestigious Geoffrey Beene Lifetime Achievement Award. Today, its product portfolio includes Hilfiger Collection for women, Tommy Hilfiger Tailored for men, Hilfiger Denim, men’s and women’s sportswear, and kidswear. Through select licensees, the brand also offers lifestyle products such as footwear, eyewear, sunglasses, watches, jewellery, handbags, socks, fragrances and bedding.

In 2010, the Tommy Hilfiger business was acquired by PVH Corp. Hilfiger remains the company’s principal designer, providing leadership and direction. Today, the brand has an extensive distribution network spanning over 100 countries and operates more than 1,600 Tommy Hilfiger retail stores throughout five continents, as well as on tommy.com.

Hilfiger’s experiences at the beginning of his career also impacted his commitment to mentoring the next generation of aspiring designers. Tommy Hilfiger sponsored five seasons of “Americans in Paris” — a CFDA/Vogue Fashion Fund initiative to support emerging American designers — and as a direct result of the program Hilfiger collaborated with designers Simon Spurr, Peter Som, Albertus Swanepoel and George Esquivel.

Hilfiger's desire to give back extends beyond the industry. Back in 1995, Hilfiger launched The Tommy Hilfiger Corporate Foundation with the mission to empower America’s youth, placing a major emphasis on education and cultural programs. In 2012, all foundation activities were aligned under the global banner TommyCares, to unite the brand’s philanthropic commitments, non-profit partnerships and employee engagement. TommyCares works with PVH global partners Save the Children, the World Wildlife Fund and War Child, among others.

Hilfiger is married to Dee Ocleppo Hilfiger, and together they have five children. In November 2016, Hilfiger published his memoir, "American Dreamer." Three of the Hilfigers' five children are on the autism spectrum, which has also influenced the philanthropic activities at TommyCares. 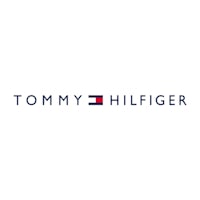 What Does a Winning Post-Covid Marketing Plan Look Like?