The wunderkind has scaled his own brand, known for its off-duty model aesthetic, and had a three-year stint as creative director of Balenciaga.

Alexander Wang is creative director of the eponymous label he launched in 2005, aged 21. In June 2016, Wang added the roles of chief executive and chairman to his official list of responsibilities, replacing his sister-in-law Aimie Wang as chief executive, and his mother Ying Wang as chairwoman. However, in October 2017, Wang relinquished his chief executive title, appointing former Goop and Martha Stewart Omnimedia head Lisa Gersh to the position. In addition to heading up his namesake brand, he also held the post of creative director at Balenciaga from 2012 to 2015.

Wang’s foray into fashion began at age 15, when he attended a summer design programme at Central Saint Martins, choosing to move to New York City to attend Parsons School of Design at age 18. Two years later, he dropped out of the Parsons School of Design in 2004 to start his own label, initially creating a knitwear collection based on six unisex silhouettes. Wang was initially supported in his venture by his family: his brother assumed the role of chief financial advisor, his sister-in-law acted as chief principal officer, and the designer was able to utilise family connections to source production from China. His label soon evolved into a sleek but fully realised women’s ready-to-wear collection; Wang debuted his first runway collection for Autumn/Winter 2007 at New York Fashion Week. Years later, Alexander Wang is stocked in over 700 stores in 7 countries and carried by the likes of Neiman Marcus, Bergdorf Goodman and Dover Street Market .

In December 2012 Wang was appointed creative director of Balenciaga, succeeding Nicolas Ghesquière at the storied French house. Wang’s debut collection for the brand was positively received, despite having faced scepticism about his ability to fill Nicolas Ghesquière's shoes. In July 2015, however, it was announced that Balenciaga and Kering decided not to renew the American designer's contract.

Alexander Wang now produces both menswear and womenswear main line collections, a diffusion line — T by Alexander Wang — for men and women, footwear, and accessories. In 2011, Wang’s entry into menswear was noted by GQ, who named him Best Menswear Designer. In the same year, he won the CFDA Award for Best Accessory Designer. Wang’s aesthetic remains true throughout his various lines, and has inspired an entire generation of women to dress in his sportswear-inspired looks. In 2014, Wang entered into a partnership with H&M, creating a women's and menswear collection for the Swedish retailer.

When Wang succeeded his mother as CEO in 2016, he also won a $90 million lawsuit against 459 websites selling counterfeit Wang products. In 2017, HypeBeast added Wang to its list of the top 100 influencers in the fashion industry. In 2018, Wang also began a collaboration with Adidas, with their latest collection of athletic apparel launching in 2019. 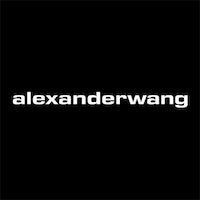