The Taiwanese-born designer shot to fame when Michelle Obama wore his dress at her husband’s inauguration and was artistic director of Hugo Boss womenswear.

Jason Wu is a Taiwan-born, New York-based designer who has become a staple on the New York Fashion Week schedule, known for merging classic American sportswear elements with a sophisticated global attitude. From 2013 to 2018 he was creative director at Hugo Boss .

In 2008, less than two years after the launch of his namesake label, Jason Wu was selected as the recipient of the "Rising Star Award" for women’s ready-to-wear at the annual Fashion Group International awards. Selected as a CFDA/Vogue Fashion Fund finalist that same year, Wu’s career trajectory soared in early 2009 when Michelle Obama championed the designer at her first – and subsequently second Inaugural Ball, earning Wu, an emerging designer, unparalleled exposure and a permanent exhibit  in the "First Ladies Collection" at the Smithsonian’s National Museum of American History.

Wu has since become one of the most coveted American designer’s within the industry, boasting collaborations with the likes of Bergdorf Goodman’s, Shiseido, Moda Eyewear, Target, Melissa and General Electric.

A Taiwanese native, Wu’s interest in fashion was forged at an early age, sketching costumes from designs seen in stores and studying sculpture in Tokyo. In 1998, whilst studying at the Loomis Chaffee boarding school in Connecticut, Wu contacted the president of Integrity Toys, a fashion doll manufacturer, offering his sketches for consideration.  Wu began designing accessories and costumes for the dolls, earning up to $500 per month and in 2000 designed a Fashion Royalty line of dolls for Integrity that was stocked by New York toy emporium FAO Schwarz.

In 2001 Wu attended the prestigious Parson’s School of Design, before leaving in 2004 to intern with Narciso Rodriguez . In 2006, using the savings from his doll-design venture to fund the launch, he set up his own label.

The designer has been awarded several industry accolades including the Swarovski Award for Womenswear at the CFDA Fashion Awards in 2010 and a nomination for the CFDA/Swarovski Award for Accessory Design in 2011. More recently, Jason was honoured with the Fashion Star Award at The Fashion Group International Night of Stars 2015, and won the 2016 International Designer of Year at the Canadian Arts & Fashion Awards. 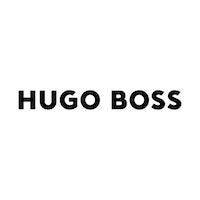