The digitally-savvy PR veteran founded his agency at Hedi Slimane’s urging and represents innovative brands in art, fashion and architecture.

Brian Phillips is the president of Black Frame, the public relations company that he founded in 2004 at the urging of designer Hedi Slimane , which represents clients from the worlds of fashion, architecture, performance and art. He is also the founder and creative cirector of advertising and strategy agency Framework.

Black Frame currently represents an array of clients including Nike, Rodarte, Opening Ceremony, Woolrich and Converse, to name a few. Framework boasts an equally impressive clientele list, such as Helmut Lang , Hermès, & Other Stories and Superga.

At Black Frame, Phillips has been responsible for the revitalisation of some of fashion’s most historic and coveted brands, notably Kenzo and Helmut Lang. In 2011, Phillips conceived of and negotiated the appointment of Humberto Lim and Carol Lim as the artistic directors of Kenzo and has advised on all aspects of the Kenzo brand marketing since. In 2016, Helmut Lang chief executive Andrew Rosen engaged Phillips to develop a new brand blueprint for Helmut Lang.

In September 2017, Phillips was appointed creative director of Garage Magazine, the art and fashion biannual owned by Vice Media. At Garage, Phillips has overseen a redesign of the magazine.

Framework received a Webby Award and a Titanium Lion from the Cannes Festival of Creativity for its work on the short film My Mutant Brain directed by Spike Jonze for Kenzo. 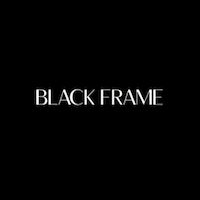