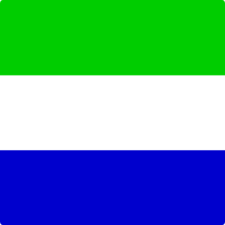 The London-based creative challenges conventional notions of menswear and masculinity with his distinctive styling and art direction.

Ibrahim Kamara is a British stylist who challenges conventional notions of menswear and masculinity with his distinctive styling and art direction through his work for the likes of Stella McCartney , Burberry and Dior. He currently serves as editor in chief of Dazed and the art and image director of Off-White.

Born in Sierra Leone, Kamara grew up in the Gambia before moving to London aged 11. He attended Central Saint Martins, where he worked on a project entitled “2026,” which explored what black masculinity could look like 10 years in the future, and was exhibited at Somerset House as part of the show “Utopian Voices Here and Now.” For the exhibition, he dumpster-dived in areas of Johannesburg with photographer and long-time collaborator Kristin-Lee Moolman, searching for discarded outfits and refashioning them into new clothes.

Kamara’s styling is a uniquely African body of work that explores the idea of menswear and masculinity. Mentored by the late Barry Kamen, Kamara has worked as costume stylist on Sampha’s short film “Process,” directed by Beyoncé and Kendrick Lamar. In 2017, he styled a Stella McCartney campaign for the brand’s #StellaBy collaboration, shot in Nigeria by Nadine Ijewere . He has also styled editorials and campaigns for brands including Dior, Stella McCartney and Nike.

Kamara joined a team overseeing the creative direction of Off-White in the role of art and image director in April 2022. The label had been without a creative director since the death of founder Virgil Abloh in November 2021. “Having Ibrahim on board, who has been part of the Off-White family for years styling our shows, to oversee art and creative of the brand in this next chapter is a great honour,” said Andrea Grilli, Off-White’s chief executive.

The BoF Podcast: Ibrahim Kamara on Photography as a Powerful Force for Change