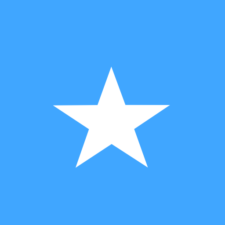 The iconic Somali supermodel inspired many designers, including Yves Saint Laurent, and has her own ethnic cosmetics brand.

Respected Somali model Iman has played an integral role in shaping the fashion industry over the course of 35 years and in 2010 was honoured with the Fashion Icon Award by the CFDA in recognition of her positive influence. One of the first models of colour to grace the catwalks, Iman steadily forged a lasting career that has helped pave the way for a new generation of models. The influential industry insider still plays a significant role in the promotion of diversity within the industry and has recently called for more diversity on catwalks and advertising campaigns.

Iman was discovered by American photographer Peter Beard whilst studying political science at the University of Nairobi in Kenya. Moving to New York in early 1975, the budding model secured representation by Wilhelmina Models and in 1976 shot her first editorial spread in American Vogue, with a cover for Vogue Italia shortly after. The model quickly became a muse for designers such as Yves Saint Laurent , Thierry Mugler, Issey Miyake , Gianni Versace and Halston. Iman also worked alongside a host of prominent fashion photographers such as Helmet Newton, Irving Penn and Annie Leibovitz.

In 1994, having distanced herself from full-time modelling, the former model launched Iman Cosmetics, a range of makeup and skincare products designed for women of colour. The line proved an instant hit in a market free from any significant competitors and swiftly became an internationally marketed, multi-million dollar business. In 2004, following a strategic alliance with Proctor & Gamble, the cosmetics range was rolled out to department stores such as Walgreens and Target.

Iman has appeared in several films throughout her career including Out of Africa, alongside Robert Redford and Meryl Streep, No Way Out with Kevin Costner and Star Trek VI: The Undiscovered Country. The celebrated model has published two books, I am Iman and The Beauty of Color and also collaborated with home-shopping channel HSN on a capsule clothing collection. An avid philanthropist, Iman currently serves as a spokesperson for the Keep A Child Alive foundation and the Children’s Defence Fund as well as sponsoring the Action Against Hunger and the Raise Hope for Congo campaigns.

Levi’s Hit by Weakness in US Wholesale