Jeffrey Rudes is co-founder of cult denim label J Brand, and remained the chief executive of the popular jeanswear label from its conception in 2005 until May 2014. His creative and innovative initiatives quickly secured J Brand’s position as a fashion-forward market leader; the brand is credited with launching the skinny-jean trend with the introduction of its “910” range in 2006. After departing the company, the entrepreneur launched a new luxury namesake menswear label — Jeffrey Rudes — in 2015, and then became chief executive of L'Agence.

Rudes has worked in the fashion industry for over 35 years. A pioneer in the French-jean trend in America, he first entered the denim market with the launch of the Paris 2000 jeans line in the late ’70s. Initially based in New York, Rudes moved his company to Los Angeles in the early ’80s where he set up apparel brands including Area Code and A. Gold E (a denim sportswear brand created in partnership with Ron Herman and Adriano Goldschmied) and later consulted in the denim department of retailer Abercrombie & Fitch.

He launched J Brand in 2005 alongside stylist Susie Crippen. During Rudes’s time as chief executive, the label regularly collaborated on collections with brands including Proenza Schouler , Christopher Kane and Topshop, eventually launching a menswear line in 2008. In 2010 the company was acquired by Star Avenue Capital LLC a growth equity vehicle formed by Irving Place Capital and the Creative Artists Agency (CAA). Starworks subsequently sold its stake to Japanese investment company Fast Retailing in early 2013, with Rudes retaining a 19.9 percent shareholding. Eventually, Rudes sold his assets, resigning as chief executive officer.

Rudes moved on by launching the eponymous menswear brand in 2015, headquartered in Los Angeles and manufactured Bolognia, Italy. However, this entrepreneurial stint was cut short in 2017, when Rudes closed his store after his appointment as the CEO of the Los Angeles-based women's wear brand L’Agence. Previously, Rudes was involved in co-founding and financial matters concerning the brand. In 2017, he was re-hired to diversify the product range and evolve its image in the contemporary market, in time for its first opening in Manhattan, New York. 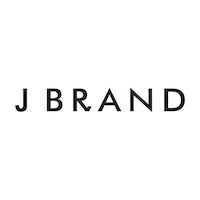