The cult designer draws on pop culture for inspiration and has a committed celebrity following at Moschino and his eponymous brand.

Taking the role of creative director at Moschino in 2013, Scott has brought the Italian fashion house back into the spotlight with his unique blend of satire, humour and pop culture iconography-inspired designs. To dateInspired by American consumer culture, Scott has reinterpreted the logos of brand such as Barbie, McDonalds, Coca Cola and the Loony Tunes in his Moschino collections, largely boosting sales by double digit growth upon his appointment. Moschino, backed by parent company Aeffe, now makes up around 71 percent of the Aeffe group’s sales and sees most of its success in its founding country, Italy. His idiosyncratic approach to designs has struck ongoing collaborations with Longchamp, Swatch, and Adidas dating back to 2002. His 2008 Adidas winged high-top sneaker is a recognised hallmark of his collaborations, inspiring a fragrance modelled after the shoe.seen the Insta-famous designer amass a cult following.

Scott was born in Kansas City and raised on a livestock farm in Missouri. Determined to make it in fashion – and to live in Paris – he took French lessons from 14-years-old. He graduated from the Pratt School of Design in New York in 1996, interning at Moschino in the PR department in his senior year.

He presented his first collection for his eponymous label at Paris Fashion Week in 1997. The show, which was held in a bar near Bastille, was themed around car crashes and saw models wearing shoe heels bandaged to their feet. Scott swiftly became known as one of the ‘enfant terribles’ of the Parisian nightlife scene. Decades later, his label is also backed by Aeffe.

By the time he presented his fourth collection, Scott counted Björk as one of his customers; she was rapidly joined by the likes of Madonna, Kylie Minogue and Britney Spears. Scott can also be credited with dressing other pop culture icons such as Rihanna, Miley Cyrus and Nicki Minaj rapper A$AP rocky before they shot to international fame. His creations are hallmarks in pop history, as he notably created Britney spears flight-attendant outfit in the “Toxic” music video, and designed longtime muse Katy Perry’s Super Bowl look in 2019, and Met gala look in 2019. This affiliation with celebrities saw Scott take his eponymous label from Paris to LA in 2001. Since then, Scott has effectively leveraged his these relationships with pop icons and Instagram stars to ensure both Moschino and his eponymous label have high visibility and rising sales.

He has also been featured in film projects such as the 2015 He is also the subject of a 2015 documentary by Vlad Yudin, entitled “Jeremy Scott: The People’s Designer,” which features cameos from many of his pop star friends. In the 2016 film Suicide Squad, Harley Quinn donned high-top heels from his 2015 Adidas collaboration. Scott wrote and art directed a TV commercial for the Moschino barbie doll, as well as a  Sims X Moschino capsule collection and fashion film for the 2019 festival season. Scott counts this move towards an upcoming upgrade of Moschino’s digital presence, beginning with a partnership with Sims to create in-game apparel. He also headed Moschino’s cross into makeup, launching two collaborative collections.

In 2012, Moschino received backlash for its JS Roundhouse Mid shoe featuring chain cuffs that were alleged to resemble slave shackles, resulting in the shoe being pulled from the market. In 2018, the brand also sparked outrage on social media for its “Illegal Alien” campaign featuring a blue Gigi Hadid . The brand’s second Sephora makeup collection, based on an office aesthetic, has been compared to a collection by The Crayon Case Cosmetics. 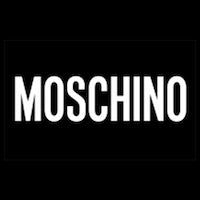