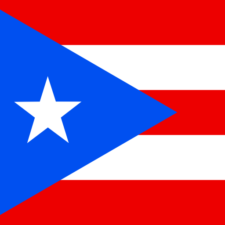 The Puerto Rican Victoria’s Secret model has appeared in countless campaigns and magazines and was the first Latina face of Estée Lauder.

Puerto Rican model Joan Smalls catapulted to prominence in 2010 when then relatively unknown model was booked to walk in the Spring/Summer 2010 catwalk show for Givenchy Couture. Two years later, Smalls was named “Model of the Year” at the 2012 Style Awards, for her quick ascension to supermodel status, having walked for a slew of luxury labels including Alexander Wang , Burberry, and Fendi as well as six Victoria’s Secret shows, notably wearing the longest wings in the brand’s history at the 2016 show, all in that time. Along with fronting a series of coveted advertising campaigns for the likes of Chanel, Ralph Lauren , Giambattista Valli and Tiffany’s, the in-demand model was also named as the face of Estée Lauder cosmetics in 2011, becoming the first Latina model to hold the title.

Smalls began her career in modelling in 2007, having graduated from the InterAmerican University of Puerto Rico with a Bachelor's Degree in Psychology. She signed with Elite Model Management in New York. The then 19 year old secured a series of catalogue campaigns for department store Nordstroms and mid-market brand Liz Claiborne, and appeared in shows for Sass & Bide and Diane von Furstenberg . Following her move to IMG in 2009 and the breakout casting with Givenchy, and signing with Victoria’s Secret in 2010, Smalls’ career quickly escalated on an upwards trajectory, marking the model as one of the most sought-after figures within the fashion industry, with a recurring spot on Forbes’ highest paid models list.

Smalls made her first business venture in 2015, creatively directing a denim collection for True Religion followed by a swimwear line called “Smart & Sexy” in partnership with the brand Ariela & Associates. When Smalls partnered with Estée Lauder, she was also involved in the creation of 12 new matte lipsticks, added to the Brand’s permanent collection. In 2017, Smalls shot her first fragrance campaign for Jeremy Scott ’s Moschino. In 2018, she also became the face of the Etihad x Diane Von Furstenberg capsule collection in celebration of the Etihad Airways 15th Anniversary.

Aside from her modelling career, smalls also gives back to her community via involvement in various non-profit organisations and awareness campaigns, such as Project Sunshine, the Garden of Dreams Foundation and the “Jeans for Refugees” campaign.

The Future of the Modelling Industry

This Start-Up Wants to Be the Etsy of Jewellery