After training at Harrods and Selfridges, the buyer helped shape e-tailer Oki-ni before launching his own bleeding-edge concept store and e-commerce site.

With a sharp eye for new talent and an uncompromising creative vision, LN-CC's John Skelton has become one of the industry's most respected buyers.

Skelton was 16 when he started working on the shop floor of the Strand, a fashion boutique in nearby Newcastle, ranked among the best for designer menswear outside of London, and known for stocking Dior Homme, Comme des Garçons and Maison Martin Margiela.

Skelton’s initiative was quickly rewarded and he became the store’s main buyer, flying to Milan for buying appointments with Prada. In 2001, at the age of 20, he received a call from Selfridges’ then head of menswear David Walker-Smith, who asked him to join their buying team. Skelton became the youngest person to fill that position in the department store’s history.

Skelton stayed at Selfridges for two years before Harrods came calling Then, Skelton was offered the position of Creative Director at the e-commerce site Oki-ni, known for its collaborations with brands like Adidas and Levi’s. Skelton left Oki-ni to co-found and creatively direct London’s east end boutique, the Late Night Chameleon Café, also known as LN-CC, opened in 2010 The retail space sets itself apart from others with its art installation-like interior, conceptualised by set designer Gary Card. LN-CC carries fashion alongside books and music, offering a selection of high-end brands ranging from Balenciaga to Rick Owens , intermingled with rare labels such as Japanese streetwear brand Wacko Maria.

When it declared bankruptcy in 2013, ownership over LN-CC was taken over by the Milan-based e-commerce specialist, The Level Group in 2014. Upon its return, the boutique adopted an appointment-only model, and has notably staged pop-ups such as its partnership with the London-based vintage shop Procell. Skelton has kept his position as the company’s creative director through the acquisition and retained the concept store’s grey sci-fi inspired aesthetic. 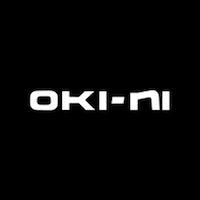 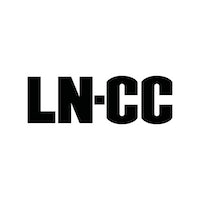 BoF Exclusive | The Level Group Buys LN-CC Out of Administration