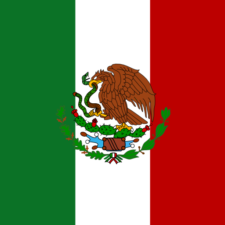 At the helm of Mexico's most prestigious department store group, the executive is reshaping luxury retail in the country.

Juan Carlos Escribano is chief executive of El Palacio de Hierro, a Mexican upscale department store chain. Escribano took over in 2015 from José María Blanco Alonso, who had been stewarding the retailer’s rapid expansion since 1993.

Founded in 1888, El Palacio de Hierro is the point of reference for luxury retail in Mexico. It has 13 department stores; eight in Mexico City, the others in Puebla, Monterrey, Guadalajara, Villahermosa and Queretaro.

Escribano has fought to win over wealthy Mexicans, who have for years jetted to New York, Miami or Paris to buy their luxury goods. Today, the premium retailer sells brands such as Marc Jacobs , Fendi, Nike, Michael Kors and Gucci. It is also the exclusive distributor of Burberry, Tiffany, Christian Dior and Loewe in Mexico.

Prior to El Palacio de Hierro, Escribano was chief executive of the Cortefiel Group, a leading fashion distributor in Spain, where he served for 12 years. Before that, he was general manager of Cortefiel brand Springfield, which grew in sales and saw the successful launch of a new line for women — Springfield Woman — under his management.