Primed to take over creative direction of the brand from her mother, Angela Missoni, she is the third generation of the Italian knitwear label.

Granddaughter of Ottavio Missoni, who founded her family’s fashion house in 1953, Margherita Missoni formerly worked as an ambassador for the house, muse to her mother Angela Missoni , and the occasional face of Missoni. In 2010, she became the accessories director at the brand and in 2018, took on the brand's younger line, M Missoni. The third generation designer is being primed to succeed her mother.

Missoni began to work for the company as its ambassador whilst still in her teens. The Italian elected to attend Columbia University in New York to study philosophy. She went on to study theatre and acted in Jean Genet’s stage production of The Maids. Her move to New York increased the heiress’ profile and she was regularly featured in the fashion press wearing Missoni.

Missoni described becoming the face of the family brand as “a natural evolution” to Fashion Week Daily. She first appeared in campaigns for the brand in 2006. She has also appeared on the cover of Jalouse and in Elle Mexico.

Missoni married Eugenio Amos, a racing car driver, in June 2012; the couple have two children together. 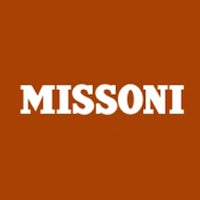