The Chinese-American designer hits a market sweet spot by offering beautifully made, well-designed clothing at a contemporary price point.

Born in Thailand, of Chinese descent, Phillip Lim is a key figure in New York’s wave of Asian-American fashion designers. Together with his business partner Wen Zhou  the designer has successfully established his brand, 3.1 Phillip Lim as one of a handful of important, fast-growing contemporary brands, with a thriving wholesale business and six own brand stores in New York, Tokyo, Los Angeles, London and Miami.

The son of a seamstress and a professional poker player, Lim believes he learnt more from his father, but remembers directing his mother as she made his clothes. His style has remained unchanged. Lim told New York Magazine, “I look at pictures of myself when I was 5 years old and I think that, yes, that is exactly what I like.”

Lim worked at Barneys in Orange County, which led to him unpacking a box of Katayone Adeli merchandise. Immediately taken, Lim called for an interview with the designer and managed to secure himself an internship.

Lim was initially backed by a surf wear company to create his first line, Development. However, shifting trends led Lim’s backers to cease their financial support. However, Wen Zhou, 3.1 Phillip Lim’s chief executive and co-founder, who was running at the time a successful textiles company that supplied Development, had seen Lim’s designs and “just knew that it was good.”

She sent him a plane ticket for New York and he arrived in the city on a Thursday. By the Friday, Zhou said, “Okay. That’s enough. I’m tired of you crying, let’s start a company.”

The  Council of Fashion Designers of America  awarded Lim the 2007 Award for Emerging Talent in Womenswear. In 2012, he won the Council's Swarovski Award for Menswear and the Award for Accessories Designer of the Year in 2013. 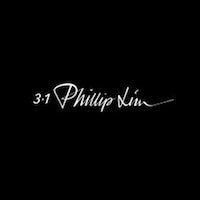 #BoFLIVE: Phillip Lim and Prabal Gurung on How to Navigate the Pandemic as an Independent Brand