Fashion’s most celebrated contrarian has attracted a global cult following for her spirited belief in unadulterated creation.

Rei Kawakubo is the creative director of Comme des Garçons, which, despite operating according to an unconventional ethos rooted in raw creativity, she has grown into a business turning over more than $220 million a year. She never trained to be a fashion designer; instead she studied art and literature at Keio University. Perhaps as a result of this, Kawakubo has always followed the beat of her own drum, both commercially and creatively, and as a result is exulted by the industry as an icon of modernity who continues to make ripples across the fashion industry. She is also co-founder of cult retail destination Dover Street Market , which she and her husband Adrian Joffe established in 2004.

The Japanese designer entered the industry when she took a job at a textiles factory; in 1967 the designer became freelance stylist. Two years later, she began making clothes under the label Comme Des Garçons. The designer incorporated the label in 1973, a direct result of its popularity with Japanese consumers. For the remainder of the decade, Kawakubo would refine her aesthetic and build her company, opening a Tokyo boutique in 1975 and adding a menswear line, Homme Comme des Garçons, in 1978.

By the time of her Paris debut in 1981, Kawakubo was so famous that her followers and fans were dubbed “the crows” in the Japanese press. The designer told The New Yorker in 2005 that she “never intended to start a revolution” — she intended only to show “what I thought was strong and beautiful. It just so happened that my notion was different from everybody else’s.”

She continued to innovate and in doing so inspired numerous designers — Martin Margiela, Ann Demeulemeester and Helmut Lang have all name checked Kawakubo as an inspiration — making fashion a richer palette than before. While many of fashion’s biggest and most visible companies serve as de facto training grounds for rising talent, none have given birth to a collection of creative offspring quite like Commes des Garçons. Kawakubo launched the careers of Junya Watanabe and Tao Kurihara, and in 2013 added Kei Ninomiya ’s Noir line to the Comme des Garçons umbrella. Today, the Comme ecosystem now boasts over 20 distinct lines.

Kawakubo told Interview, “In good times and bad times the company is more or less the same. Comme des Garçons has always travelled at its own pace and will continue to do so.” It has, and fashion is the better for it.

In May 2019, Kawakubo received the Isamu Noguchi Award, making her the first fashion designer to receive the prize, which was created in 2014 to recognise innovative artists following in Noguchi’s footsteps by bridging Eastern and Western cultures. 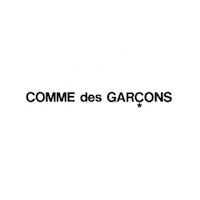 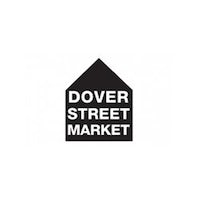