After years at his father’s apparel group, he bought the ailing brand and grew its ‘down jacket’ appeal, drawing several rounds of investment.

Remo Ruffini is the chairman and chief executive of Moncler. Since his purchase of the Moncler Group in 2003, he has helped establish the company as a leading luxury group built around sportswear maker Moncler, as well as Henry Cotton’s, Marina Yachting and Coast Weber & Ahaus.

Under Ruffini’s leadership, the once floundering Moncler (an abbreviation of Monastier de Clermont, a village in the mountains near Grenoble) has focused its offering around its signature quilted down jackets and become one of the most sought after apparel brands in the world, showing twice yearly at Paris Fashion Week and attracting a global customer base.

A graduate of fashion marketing from the University of Boston, Ruffini began his career working alongside his father in his creative design and marketing company Gianfranco Ruffini Limited. Moving back to Italy in 1984, Ruffini launched two clothing labels, New England Company and Ingrose, both of which were sold to the Stefanal Group in 2000.

In 2017, Ruffini was named Entrepreneur of the Year by EY, and in 2018 he was named "Knight of Labour" in Italy, one of the highest recognitions bestowed by the president of the Italian Republic. 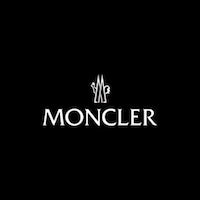