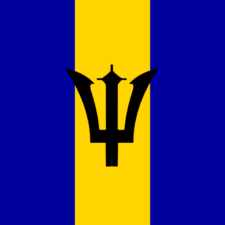 She is the first black face of Dior and the most bankable magazine cover star in terms of sell-through.

Rihanna is singer, businesswoman, fashion designer, actress and philanthropist. She has been featured on the cover of major fashion magazines, including American and British Vogue, i-D and W Magazine, and is cited as a fashion inspiration and trendsetter from the high street to luxury sectors. In 2019 she launched a ready-to-wear label, Fenty, with LVMH, becoming the first fashion brand launched from scratch by LVMH since Christian Lacroix was founded in 1987, and the first woman of colour at the top of an LVMH maison.

Within the industry, she has garnered the attention of Alexander Wang , Tom Ford and Peter Dundas . “She is a very talented dresser,” Dundas told British Vogue, “in the way that Kate Moss is. She’s an amplified version of what a lot of girls want to look like, but she’s always one step ahead of the game.”

In June 2015, the singer announced her new line, $CHOOL Kills that will sell accessories, purses and clothing. This follows on from her widely successful collaboration with River Island, her make up collection with MAC cosmetics and her creative direction for Puma womenswear.

More recently, Rihanna signed a deal with LVMH to create a beauty brand, Fenty Beauty. It generated €500 million in its first full year in operation, and managed to rewrite at least some of the rules of the beauty industry by making 40 shades of foundation the minimum requirement. She has also shifted the conversation in lingerie with the launch of Savage x Fenty, a size-inclusive line.

A regular on both the fashion week circuit and red carpet, Rihanna has been dressed by Givenchy to Alaïa. Working closely with her stylist Mel Ottenberg, she has also helped to launch the careers of emerging designers including KTZ and Adam Selman. The ‘Naked’ CFDA gown was designed by Selman, garnering attention from the press.

She is frequently praised for her ability to mix high-end and high street fashion, creating unique looks that inspire not only the masses, but major fashion designers.

In September 2016, Rihanna launched her Fenty Puma by Rihanna line after showing her first runway collection for the brand during New York Fashion Week's Autumn/Winter 2016 season. The partnership ended in 2018.