Formerly president and chief merchandising office of Saks Fifth Avenue, Frasch led private equity firm Castanea’s minority investment in Proenza Schouler in 2015 — a coup for the private equity company, which had not previously made any significant investments in the fashion industry. Which company would invest in the critically acclaimed luxury label had been hotly debated, as the combination of the brand’s youth and reputation (it had won five CFDA awards), as well as its underdeveloped retail presence at the time gave it huge desirability and profit potential.

Frasch, who left his position at Saks following the company’s takeover by Canadian retail Hudson’s Bay Co  in November 2013, joined Castanea the following year, with instructions to focus on “luxury apparel and accessories, and aspirational branded consumer products.” Although the investment firm had previously held interests in apparel brands Betsey Johnson and Hannah Anderson, this was its first foray into the luxury womenswear market.

Alongside the deal it was announced that Frasch would join the board of directors and act as interim chief executive, following the departure of Shirley Cook , who been part of the fashion brand since its foundation in 2002. Proenza Schouler grew under Frasch’s leadership in product and storefronts. The label is now sold in more than 350 retailers worldwide. However, Proenza Schouler designers Jack McCollough and Lazaro Hernandez bought out Castanea Partners in November 2018 with the support of a new group of unidentified investors, installing a turnaround specialist as chief executive to revive the flagging brand’s fortunes.

Frasch was president and chief merchandising office of Saks Fifth Avenue for seven years, from February 2007. During his tenure he was an instrumental force behind the development of Saks’ private label collections. He also oversaw the introduction of exclusive designer ranges such as Rivemonte by Brunello Cucinelli and La Vie 18 by Piazzia Sempione. Prior to joining Saks in a non-executive capacity in 2004, Frasch held a number of senior positions at competing luxury retailers, including chief executive officer at Bergdorf Goodman and senior vice president and general merchandising manager at Neiman Marcus. 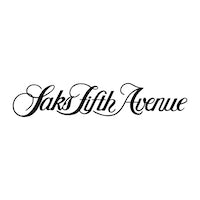 What Fashion Investors Are Betting on Now