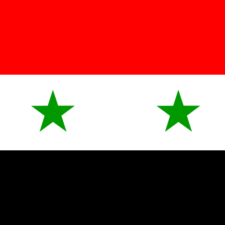 The Middle East’s e-commerce pioneer sold his company to Amazon in 2017 for $580 million.

Ronaldo Mouchawar is a pioneer of e-commerce in the Middle East, who grew Souq.com into the largest e-commerce retailer in the Arab world with 8.4 million products and operations in the UAE, Saudi Arabia and Egypt, before selling it to technology giant Amazon for $580 million in 2017.

Born in Aleppo, Syria, Mouchawar’s father was a merchant and provided inspiration for the name of his e-commerce site. He holds a bachelor’s degree in Electrical and Computer Engineering from Northeastern University in Boston, Massachusetts, and obtained a master’s degree in Digital Communications in 1990. He began his career working in Boston-based engineering firms. He then joined Maktoob, which was later acquired by Yahoo, and launched Souq.com in 2005 as an online auction site in order to monetise the company.

The business grew quickly as a result of huge demand from a young population with high disposable income, riding on the smartphone boom, and became independent of Maktoob in 2009. A turning point in the company came in 2011, when Mouchawar realised growth lay in a B2C model by providing services and a platform for merchants to reach customers. In February 2016, Souq.com reached a valuation of $1 billion, becoming the Arab world’s first unicorn. The following year, Amazon acquired the brand for an undisclosed amount, although an SEC filing by the company later revealed a sum of $580 million. Mouchawar remains as the company’s chief executive.

With big ambitions in e-commerce, Souq.com is looking to fashion. “People thought fashion is a category you have to touch, feel and wear, but as brands speed up innovation, you start to know your size and you get comfortable shopping online. The speed of how fast brands can go from inception to distribution is so much faster and the whole online platform gives you unlimited choices,” Mouchawar told Arabian Business.

Report: Amazon in Talks to Buy Souq.com for $1 Billion

Report: Amazon to Consider Bid for Stake in Dubai’s Souq.com