Starting out as an eBay vintage clothing shop, her online boutique Nasty Gal became one of the fastest-growing retailers ever.

Sophia Amoruso is the founder of Nasty Gal, an eBay store she launched in 2006 at the age of 22. While the company experienced early rapid growth by tapping the powerful social media channels of Facebook, Twitter, and Instagram, Amoruso stepped down in January 2015, distancing herself to focus instead on her #Girlboss media platform.

Having moved her business away from eBay in 2008 to establish Nasty Gal as an independent e-tailer, in 2014 Amoruso published her memoir "#Girlboss" — later adapted into a Netflix series in 2017.

During Amoruso's tenure, the company experienced immense success. From 2008 to 2011, sales rocketed 10,160 percent, making Nasty Gal one of the fastest-growing retail companies ever. In 2012, the company reported revenues of over $100 million, raised $49 million from venture capital firm Index Ventures — an early investor in Asos and Net-a-Porter — and leased a 500,000-square-foot fulfilment centre.

In November 2016, without its original chief executive, the Los Angeles-based apparel brand filed for Chapter 11 bankruptcy protection. Some of the company's vendors claimed up to $100,000 of owed debt — though NastyGal claimed its financial decisions would not affect the company's day-to-day operations immediately. In February 2017, online retailer Boohoo.com bought Nasty Gal for $20 million.

Amoruso has since turned her attention to Girlboss, a media outlet and platform catering to millennial women entrepreneurs, of which she is founder and chief executive. 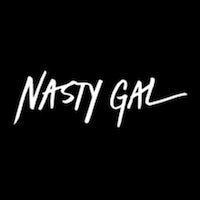 Female Founders Have Used Their #Girlboss Status to Build Brands. Behind the Scenes, It’s Complicated.