As chief executive of the CFDA, he is a driving force behind New York Fashion Week and many initiatives for young designers.

As chief executive of the Council of Fashion Designers of America, the trade association for the American fashion industry, Steven Kolb, has overseen the implementation of some of the council’s most important initiatives, including the CFDA/Vogue Fashion Fund and the Geoffrey Beene Scholarship. In 2010, Kolb also helped launch the CFDA Fashion Incubator programme to help support young designers, which in 2018 was re-branded as "Network," expanding its mentorship opportunities to all CFDA members.

An experienced veteran of non-profit organisations, Kolb previously held senior positions with the American Cancer Society, the Design Industries Foundation Fighting Aids organisation and MTVN International where he served as executive director of the Staying Alive foundation. First joining the CFDA in 2006, Kolb was appointed as CEO in 2011, overseeing all operations of the association and its affiliated charity as well as key events such as the annual CFDA fashion awards.

Following the #MeToo movement in fashion, the CFDA expanded the CFDA Health Initiative to the Initiative for Health, Safety, and Diversity, encouraging designers to work only with models aged 18 and above.

Kolb regularly collaborates with trade associations in Milan, Paris and the UK to promote American designers. He is a graduate of Glassboro State College where he obtained a Bachelor of Arts degree, and has completed a Masters in Public Administration at New York University. 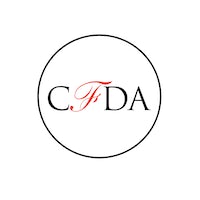 Council of Fashion Designers of America