He has grown his Japanese mass market clothing company into a group that has owns contemporary labels like J Brand and Theory.

Tadashi Yanai is the most successful businessman in Japan and the founder and president of Fast Retailing, now the world's fourth-largest apparel company, with over 2,000 retail stores and a portfolio of brands, including Uniqlo, Helmut Lang, Theory, Comptoir des Cotonniers, Princesse tam.tam, J Brand and g.u. Uniqlo alone aims to increase sales to $50 billion by 2020, based largely on expansion in US, China and online.

In 1984, Yanai became president of his father’s clothing chain (which comprised 22 stores) and opened a new store in Hiroshima called the Unique Clothing Warehouse, later shortened to Uniqlo. By 1998, there were more than 300 Uniqlo stores across Japan.

Yanai is fond of saying that “Uniqlo is not a fashion company, it’s a technology company.” And indeed, the brand’s approach to making apparel has more in common with the iterative approach to product development embraced by the technology industry than the cyclical, trend-driven rhythm of the fashion industry.

In fact, despite the name of its parent company, it’s a misnomer to call Uniqlo a “fast fashion” company. While Zara has built the world’s largest apparel business based on rapidly responding to fast-changing fashion trends, getting items from factory to store in approximately two weeks, Uniqlo takes the exact opposite approach, planning production of its wardrobe essentials up to a year in advance.

Yanai is renowned as an inspirational leader, but is as humble as he is ambitious. He told Monocle magazine, "I might look successful but I've made many mistakes. People take their failures too seriously. You have to be positive and believe you will find success next time."

Yanai attended Ube High School and later Waseda University, graduating in 1971 with a Bachelor's degree in Economics and Politics. In March 2011 Yanai donated 1 billion Japanese yen to the victims of the Sendai earthquake. 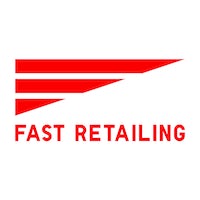