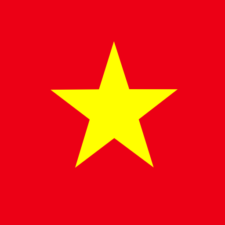 The fashion retailer and tastemaker helped bring labels like Givenchy and Balenciaga to the burgeoning Vietnamese luxury market.

Tran Thi Hoai Anh is the founder and president of GlobalLink Co . Ltd, the franchisee operating mono-brand boutiques for luxury designer labels such as Alexander McQueen, Balenciaga, Celine, Givenchy, The Row, Saint Laurent and Loewe. It is also the parent company of four multi-brand stores in Ho Chi Minh City and one in Hanoi.

Prior to starting her own luxury retail distribution enterprise, Anh worked in marketing and business development roles for companies such as Vietnam Airlines and Swiss Airlines. Her first opportunity in the luxury retail industry started with opening her first store, a Sergio Rossi mono-store, in 2006, at the Metropole Hotel in the heart of Hanoi. Her relationships with European luxury brands quickly flourished as she went to open mono-stores for other brands.

Anh became a pioneer in Vietnam with her multi-brand concept stores, including Runway, which stocks designers as diverse as Viktor & Rolf, Theysken’s Theory, Acne Studios and Vionnet, while her RRR boutiques carry diffusion lines, childrenswear and rising contemporary brands. “Vietnam has been changing so fast, you can’t even recognise it,” Anh told BoF. There is a huge potential, but it is not an easy market.”

Anh is a graduate of Pedagogic University of Ha Noi and the National Economic University in Ho Chi Minh City, where she majored in Economics and Languages.