At times called the most powerful woman in Russian fashion, Alla Verber was the vice president of Mercury, Russia’s largest luxury goods group, and fashion director of TsUM. Verber was responsible for introducing multiple luxury brands to the country, including Chanel, Prada and Gucci. In August 2019, Verber passed away in Italy at the age of 61.

Verber’s parents emigrated to Canada from the USSR in 1976; however, authorities would not allow Verber to accompany them, which led her to spend a year in Rome. Verber’s time in the eternal city inspired her to embark on a career in fashion. When reunited with her parents in Montréal, and following her graduation and marriage, Verber opened her boutique, Katia of Italy.

In 1991, Verber, who had returned to Russia to assist in the development of the Trading House Moscow, was “standing in the centre of Moscow and I said to myself ‘it would be wonderful if I could build a fashion world, a store where everybody could go inside and be able to buy whatever they want without travelling.'”

With the backing of Mercury, Verber developed TsUM into Russia’s premier department store; it has reported revenue in excess of $1 billion, and is one of many properties in Mercury Distribution’s portfolio of stores and outlets. 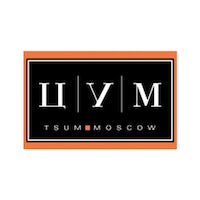 Vuitton Tones Down for Russian Tastes Aside From Prices