The power couple behind one of Milan’s most successful multi-brand boutiques is taking their model to department stores and Asia.

The couple’s independent multi-brand retailer, Antonia, is considered one of Milan’s most beautiful stores. Situated in a 17th century Italian Palazzo it continues to stand out in a competitive market. In 2011, Antonia Giacinti was also appointed as fashion director at Excelsior, a luxury 40,000-square-foot department store also in Milan, where she has proved she can scale up the carefully curated edit that has made Antonia so successful.

Giacinti announced plans to expand their department store into China — Giacinti and Purificato signed a contract with Chinese distributor Canudilo to open five stores by 2020, including one in Macau in 2016. The business also transformed its online shopping platform to an editorial and e-commerce site, spotlighting brands stocked in Antonia and the store’s numerous exclusive collaborations (with brands like Reebok), as well as publishing daily news and style posts.

Antonia began life as an accessories store, opened by Giacinti in 1999. It quickly expanded its stock to include womenswear. In 2007, Purificato opened a companion menswear store down the street, before the two boutiques were combined in its palatial new residence, the Palazzo Cagnola, in 2013. However, Giacinti and Purificato maintain independence over their own departments and consumers, with the menswear adopting a more luxe streetwear aesthetic. Antonia has developed a reputation for its enviable aesthetics (visiting buyers from Europe and the US’s best boutique stores come to admire its window displays) and for its impressive brand mix — cult Japanese brand Sacai sits on the shop floor next to Saint Laurent . 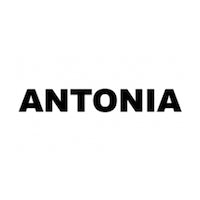 At More Retailers, Algorithms Are Deciding What’s for Sale