The experienced executive who gracefully oversaw Donna Karan’s departure from DKNY has now turned her attention to sustainability and entrepreneurship.

Before leaving Donna Karan in December 2016, Caroline Brown oversaw major transitions at the iconic, but ailing American brand − gracefully managing the departure of founder Donna Karan herself and bringing in new creative leadership for DKNY in the form of the much-buzzed about Public School designers, leaders in New York’s streetwear scene.

A highly respected figure in the fashion industry, Brown came to the helm of Donna Karan International in January 2015. Since Donna Karan’s departure from her eponymous label in June 2015, all eyes were on Brown as to where she would take the brand next. Her hire, part of LVMH’s attempt to step up efforts with its American brands, saw Brown succeed Mark Weber who held the role since 2006. Brown has been credited with overseeing Karan’s transition away from the brand and bringing exciting fashion industry names to the table at Donna Karan International.

In April 2015, she tapped CFDA-winning Public School designers Dao-Yi Chow and Maxwell Osborne as the label’s new creative directors. The duo will oversee both women’s ready to wear and accessories collections at Donna Karan International, splitting their time equally between DKNY and Public School. The move immediately reignited excitement about the brand, the new designers showed their first collection at New York Fashion Week in September 2015.

Brown worked closely with Pierre-Yves Roussel , the chairman and chief executive officer of the LVMH Group and chairman of Donna Karan International. Brown has a wealth of industry experience. A graduate of Boston University, she started her career at North American clothing manufacturer Bidermann Industries before joining Giorgio Armani as senior vice president of marketing and communications for the US. Subsequently, she joined Akris as US chief executive. In 2010, she was appointed as president of Carolina Herrera , where she oversaw the brand’s expanding business worldwide.

In April 2019, sustainability investment firm Closed Loop Partners appointed Brown to the newly created role of managing director, a role that sees her leading the industry practice for fashion and beauty across all investment platforms for the company.

Brown also sits on advisory boards for the Martin Trust Center for MIT Entrepreneurship, skincare start-up Atolla and ethical e-commerce company Fashionkind, as well as being a member of the Women's Forum of New York. 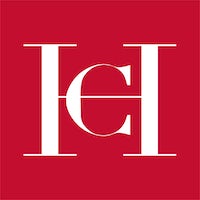