Despite having no formal training, she launched her prim and playful label with her husband and sold a major stake to OTB Group – before leaving to focus on her private life.

As the founder and former creative director of Italian fashion label Marni, Consuelo Castiglioni won praise for her sophisticated and forward-thinking designs that boasted a cult global following and admiration from influential industry insiders. Despite holding no formal education in design, Castiglioni’s sleek silhouettes married with colourful prints and bold textures marked her as one of the most innovative designers within the industry. In October 2016, OTB Group confirmed her departure from Marni.

A Swiss native, Castiglioni launched Marni in 1994 in collaboration with her business partner and husband Gianni Castiglioni in Milan. Initially established as a side business of Ciwifurs, the Castiglioni family’s fur business, the label split from the company in 1999, allowing the designer to develop a more fashion-forward aesthetic. While fur continues to feature regularly in Marni collections, the brand is more widely known for its original prints created in collaboration with artists such as photographer Richard Prince, British pop artist Sir Peter Blake and musician Kim Gordon.

With its rising popularity, the brand has expanded rapidly in recent years, counting nearly 100 standalone stores in emerging and established markets. In 2010, Castiglioni was also named to the 100 Most Creative People in Business list by Fast Company.

In Spring 2012, the celebrated designer entered into a creative collaboration with H&M, resulting in a sellout capsule collection. Although Marni had remained a family owned business for over 15 years, in December 2012, Castiglioni announced the brand’s sale to OTB Group, owned by Diesel denim founder Renzo Rosso , to further their expansion.

Though Castiglioni has yet to announce her future plans, her choice to leave the label she founded was based on a personal decision to divert more time toward her private life. Her daughter Carolina, who had also worked at the brand as a lead for special projects, announced in 2018 the start of her own collection Plan C.

After more than 20 years at Marni, Castiglioni's departure marked the end of an exciting chapter for the brand. 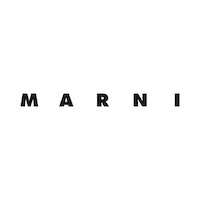 In Milan, the Burdens and Fantastical Flights of History