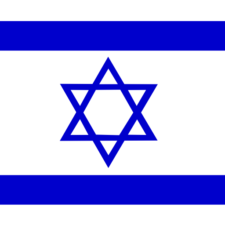 The late designer was one of the most beloved people in fashion, he helmed and reinvigorated Lanvin for 14 years and launched AZ Factory as his last venture.

Alber Elbaz, Morocco-born designer, who helmed Yves Saint Laurent and Lanvin and launched his own label AZ Factory, passed away aged 59 in April 2021.

Before his sudden departure from Lanvin, Elbaz was celebrated for transforming the once-ailing couture house into one of the most sought-after luxury labels in the world. He took up the mantle of creative director in 2001 and re-established a strong, commercially successful DNA for the French brand over his 14-year tenure. In October 2015, unexpected news emerged that he was exiting from his long-held role, "the decision of the company's majority shareholder." The break between Elbaz and the brand was said to have followed disagreements between the designer and Lanvin’s owner Shaw-Lan Wang and chief executive Michèle Huiban.

Elbaz, who was born in Morocco, began his career working at a small dressmaker’s shop in the Garment District of New York. Having moved to Israel in his youth, the designer studied at the Shenkar College of Engineering and Design, before moving to New York in 1984. Through a connection forged with Gucci’s Dawn Mello, Elbaz was introduced to couturier Geoffrey Beene in 1989. He was Beene’s assistant until 1996, crediting the experience with his in-depth education in fashion design, before taking up the helm of Guy Laroche in Paris, which by then had become somewhat staid.

After little over a year at Guy Laroche, he was scouted as creative designer for Yves Saint Laurent’s "Rive Gauche" ready-to-wear womenswear line when, after three seasons, he was replaced by Tom Ford following the Gucci Group’s acquisition of the label. Prior to joining Lanvin in 2001, Elbaz took a brief sabbatical and served as head designer for Italian design house Krizia.

At Lanvin, Elbaz entered into a number of collaborations with other companies, including a limited edition cosmetics range with Lancôme and a capsule collection for Swedish high street retailer H&M in 2010. In honour of his 10-year anniversary as creative director of Lanvin, Elbaz released a book in 2012 featuring over 3,000 images, peppered with the designer’s own short narratives and musings.

Since exiting Lanvin, Elbaz collaborated with French perfumer Frédéric Malle on a fragrance called Superstitious, which was released in 2017, and in 2019 announced that he would be working with struggling Italian leather goods brand Tod's.

He returned after a five year hiatus in 2021 with the launch of AZ Factory. His first collection was shown during Paris Fashion Week’s Haute Couture.

Throughout his career, Elbaz had been awarded a slew of industry accolades in recognition of his contribution to fashion, including the 2005 CFDA International Designer award and Most Influential Designer at the inaugural World Fashion Awards held by WGSN. In 2013, Elbaz was announced as the winner of the Geoffrey Beene Fashion Impact Award at the YMA Fashion Scholarship Fund dinner. In 2009 he was awarded the Grande Médaille de Vermeil de la Ville de Paris by mayor Bertrand Delanoë, for his positive impact on the city, and in 2016, he was presented with the prestigious French Legion of Honour. 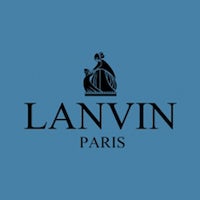 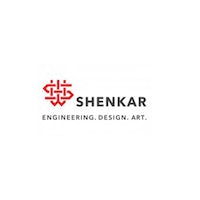 The BoF Podcast: Alber Elbaz Is a ‘Zoombie’ Now