The Italian creative director has collaborated with brands like Zegna, Ferragamo and Miu Miu on brand communications.

Giovanni Bianco is the founder of GB65, a an internationally-recognised integrated creative agency that specialises in the worlds of fashion, luxury, retail, lifestyle, and entertainment. The innovative blend of art direction, design, and top class photography, combined with attention to detail, allows the Studio to deliver the most innovative and exceptional communication service in the industry.

Bianco also served as Vogue Italia’s creative director for two years, before Condé Nast announced that he would be departing the magazine after the June 2019 issue.

Outside fashion, Bianco is also known for his collaborations with Madonna on both her albums and global tours dating back to 2004. Bianco’s work for the musician includes album covers for Confessions on a Dance Floor, Hard Candy and MDNA, creative direction for Re-Invention World Tour, Confessions Tour and the Sticky and Sweet Tour. He has also contributed to the 2003 book ‘Madonna & Steven’ Klein. Most recently, in 2012, he worked on her MDNA tour. 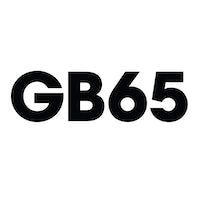 What Chanel Can Learn from Nike About the Resale Market