The innovative Dutch designer was one of the first to employ 3-D printing and is a guest designer at the haute couture shows.

Iris van Herpen is a Dutch fashion designer and couturier renowned for her futuristic, darkly fantastical aesthetic, which she has shown during Couture Week in Paris. Van Herpen’s designs are hypnotic garments based on multilayered kinetic sculptures. Her early adoption of 3D printing technologies placed her in the vanguard of the technology’s introduction into fashion, favoured by the likes of Lady Gaga, Björk and Tilda Swindon.

Growing up in the small town Wamel, the dutch fashion designer creatively expressed herself through painting, dance and playing the violin, before she was introduced to the transformative power of fashion upon entering high school. Van Herpen learned to sew, cut patterns and embroider, a discovery that led her to study Fashion Design at Artez Institute of the Arts Arnhem and intern at Alexander McQueen in London and Claudy Jongstra in Amsterdam, where Van Herpen polished her handiwork. The dutch designer eventually opened her own label in 2007. Drawn to traditional craftsmanship in fashion Van Herpen began laser cutting and printing her detailed designs that would soon evolve into haute couture gowns.

Her first collection in 2007, featured the brass ribs of 700 umbrellas reassembled to fashion her garments, an unprecedented move that caught the attention of The Groninger Museum, that offered to buy some of the collection

Van Herpen collaborates with the Belgian company Materialise NV for the printing of her designs and has partnered with a number of artists from various disciplines, often on a recurring basis, including choreographer and dancer Nanine Linning, visual artist Bart Hess, Philip Beesley,  Stephen Jones and Irene Bussemaker, shoe brand United Nude, filmmaker Zach Gold, and jewellery designer Heaven Tanudiredja, along with director and filmmaker Joost Vandebrug. For her latest collections, Van Herpen partnered with artists such as Anthony Howe and architect Neri Oxmann, making a name for herself with her unconventional material use, including transparent acrylic, silicone, microfiber fabric and polyester film lace. Since 2011, the designer has showed at Paris Fashion Week, under the Chambre Syndicale de la Haute Couture.

With its sculptural and architectural nature, Van Herpen's designs are exhibited in various museums, including New York's Metropolitan Museum of Art, the Royal Museum in Toronto and the Groninger Museum. Van Herpen's scientific inclination has also led to collaborations with CERN, the European Organisation for Nuclear Research and the Massachusetts Institute of Technology.

In 2011, Van Herpen's 3D printed garments were included in Time Magazine's list of 50 Best Inventions of that year, while she was also awarded the ANDAM Gran Prix Award in 2014, The European Commission's 2016 STARTS Prize, and the Dutch state prize for the arts, the Johanness Vermeer Award in 2017. 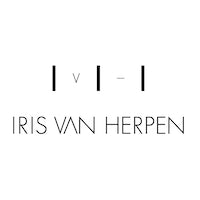 ArtEZ Institute of the Arts

Redesigning Fashion Education for the Next Generation at AMFI