With his eponymous label on hold, the designer is now tasked with continuing the commercial momentum of Kering’s blockbuster brand.

In April 2016, Belgian-born designer Anthony Vaccarello was charged with continuing Hedi Slimane ’s stratospheric success at Yves Saint Laurent , where he took up the role of creative director. The designer’s previous work for both Versus Versace and his eponymous label established Vaccarello’s reputation as a master of seductive, modern silhouettes.

Born to Italian parents in Brussels, Belgium, Vaccarello began his education in law school but dropped out after a year. In 2000, he enrolled at La Cambre in Brussels to study sculpture, becoming interested in garment construction through the work of Rei Kawakubo at Comme des Garçons and Azzedine Aläia.

In 2006, Vaccarello placed first at the Hyères International Festival of Fashion and Photography. That award winning collection also attracted the attention of Karl Lagerfeld , who offered him a position designing for Fendi’s fur line.

Two years later, in 2008, Vaccarello moved back to Paris and launched his own label, which won the 2011 ANDAM prize, and generated global buzz when the model Anja Rubik wore a revealing white Anthony Vaccarello dress to the 2012 Met Ball. The emerging designer quickly gained an all-star line up of followers including the likes of Jennifer Lopez, Miley Cyrus and Alessandra Ambrosio.

In 2014, the designer collaborated with Versus, the younger sister brand of Versace, on a capsule collection, eventually becoming creative director. In 2015, Versus’s retail sales more than doubled compared to the previous year, while wholesale revenues rose 21.4 percent.

In his current role at Yves Saint Laurent, Vaccarello is responsible for the house’s womenswear and menswear lines. The designer has put his eponymous label on hold to focus on his biggest challenge yet at one of Kering’s most profitable brands. While he credits Slimane with making the brand young and contemporary, Vaccarello has steered Slimane's Los Angeles based Saint Laurent back towards Parisian chic. Playing on the original Laurent's style philosophy, the designer crafted his own version of the Saint Laurent woman and androgynous menswear that has seen sales rise double digits in the quarters following his appointment. Upon his arrival at the brand, Vaccarello wiped its Instagram feed not without criticism, in line with new social marketing efforts to reintroduce the brand with a new identity to its younger following. Vaccarello has also drawn inspiration from popular figures such as Travis Scott and Lennon Gallagher, tapping them for brand campaigns. 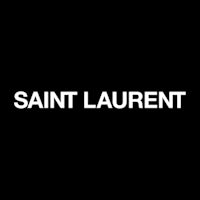