With experience at Rochas and Nina Ricci, he brought a high-fashion flair to the contemporary American label.

An intriguing design talent, in his comparatively short career Olivier Theyskens has headed two Parisian fashion houses and founded and closed his own label. Most recently he was the creative director of Theory, having initially launched a capsule collection entitled Theysken’s Theory with the contemporary label, founded by Andrew Rosen and now owned by Fast Retailing.

He exited the brand in June 2014, showing his final collection for the label — Spring/Summer 2015 — in September.

Theyskens told Out of Order magazine that as a child he loved playing with clothes and fabrics, a passion that drove the decision to attend the École Nationale Supérieure des Arts Visuels de la Cambre to study fashion design in 1994. In 1997, the burgeoning designer dropped out to start his own label. His first collections were contemporaneously described as gothic extravaganzas, and were created from bed sheets that his grandmother gave to him. Without sufficient financial support, he was forced to close his label.

Theyskens then began creating stage costumes for the Théâtre de la Monnaie. He was brought to the wider public’s attention when, in 1998, Madonna wore one of his dresses to the Academy Awards.

Rochas appointed Theyskens as its creative director in 2002. In March 2003 Theyskens presented his first collection for the house. While there, Theysken’s focus on demi-couture was questioned in business circles as a viable model for the house. In an unexpected announcement Procter & Gamble, Rochas's owner, announced the discontinuation of Rochas's fashion division in July 2006. 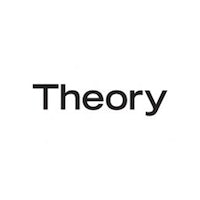