The avant-garde designer has spent nearly four decades helming his own fashion house, which shocked Paris with its provocative, theatrical designs.

Jean Paul Gaultier  has captivated the fashion world throughout his near 50-year career, shocking and garnering praise in equal parts for his iconoclastic haute couture collections. In 2014, Gaultier announced that he would be shuttering his ready-to-wear and menswear collections to focus on his couture line, explaining that he was frustrated by the fashion industry’s increasingly demanding schedule.

Over his almost five decades in fashion, Gaultier has successfully leveraged his brand to lay incredibly sound financial foundations for his company. When Hermès took on the designer as creative director in 2003, the house also took a 30 percent stake in the Jean Paul Gaultier brand, which was later increased to 45 percent. Gaultier remained at Hermès for seven years, exiting in 2010 to concentrate on his own label. In addition, Gaultier’s phenomenally successfully fragrance license with Puig includes Le Mâle, which was the number one selling men’s fragrance in the EU for many years since its release in 1995.

Despite having no professional training, Gaultier was hired on his 18th birthday by Pierre Cardin, who was impressed by drawings the young Frenchman sent him. It was a productive period with a lasting legacy; Gaultier later told Colin McDowell , “With Cardin, I always felt that anything was possible. He was very much the showman. He used to say, ‘I want to see a collection for women who go to the moon.’ Always, there was an idea.”

After a brief time at Jacques Esterel, he was hired at Jean Patou. “When I started my career, I went to work with Pierre Cardin. At that time, of course, I didn’t have my line or whatever, so I didn’t have my style at all. I was doing Cardin. So I was sketching, imagining what he would love, and afterwards, when I was at Patou, Michel Goma was the designer, so I was in the spirit of Michel Goma. I quite loved that.”

Gaultier launched his highly regarded haute couture line in 1997. In couture, the designer was able to freely express the scope and range of his aesthetic, drawing inspiration from radically divergent cultures — from imperial India to Hasidic Judaism — to critical acclaim. It was as a result of this success that Hermès hired Gaultier as creative director. His first fragrance, Classique was introduced in 1993, followed by Le Mâle two years later.

Gaultier has collaborated with Diet Coke and co-created and hosted the long running television show, Eurotrash. In April 2019, Supreme launched a highly anticipated collaboration with Jean Paul Gaultier including both menswear and womenswear, with items ranging from spray-painted denim jackets to faux-fur plaid coats in bright colours. Marrying streetwear with high fashion, the collaboration sold out almost immediately. 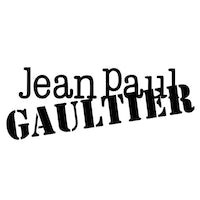 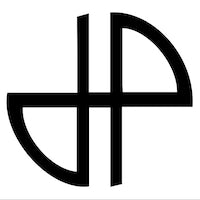