The former Nina Ricci designer took over as creative director of Oscar de la Renta for two years and has previously worked at Louis Vuitton, Sonia Rykiel and Christian Lacroix.

“After almost two years at Oscar de la Renta , personal circumstances require me to return to Europe. I have loved my time in New York where I hope to return at some point in the future,” Peter Copping said in a statement in June 2016. Copping departed Oscar de la Renta less than two years after he was officially installed at the family-owned company, whose namesake passed away in October 2014.

In February 2015, at Peter Copping’s inaugural show as creative director of Oscar de la Renta, guests arrived to find a typed note on every seat. “I never had the chance to work with Oscar, which is something I deeply regret,” it read. Indeed, Copping’s first season at Oscar de la Renta was not as planned. In October 2014, Oscar de la Renta announced Copping’s appointment, telling press he marvelled in their shared “design sensibilities” and “deep curiosity.” The plan was for Copping to work alongside an ageing de la Renta, spending a few seasons becoming fully embedded in the house’s aesthetic, before taking the reigns. However, just two weeks after the announcement de la Renta passed away.

Despite his regret at not working with de la Renta himself, Copping’s debut was a resounding success. A welcome balance between elegance and excitement, reverence and independent, referential, certainly, but no homage to the eponymous founder. Copping made a point of finishing the show with an above the knee, jewel-bright cocktail dress, a shift from the traditional closing gowns of the house. This wasn’t “a broken house waiting to be revived,” Copping told The Financial Times.Copping's first collection for ODLR was well received, and he spent a good deal of time on the trunk show circuit, getting to know the longtime clients that are the bread-and-butter of the house's business. However, as seasons passed, Copping did not gain the sort of creative momentum that was perhaps expected of him.

Formerly the artistic director of Nina Ricci, British-born Copping has an eclectic resume that has seen him work for Louis Vuitton and Sonia Rykiel, and cut his couture teeth at Christian Lacroix as an intern. His career in Paris has granted Copping the technical abilities required to carry on de la Renta’s legacy and, as Alexander Fury pointed out in his review of Copping’s debut, keep de la Renta’s formidable technicians on their toes.

Famously, Oscar de la Renta was known for his ability at dressing both mothers and their daughters; the American elite and the European aristocracy. Copping’s has proved himself more than capable of continuing his predecessors approach. To date the designer has maintained the affection of existing clients, while adding a new, younger consumer base. His first show saw Taylor Swift and Karlie Kloss sitting front row, directly opposite Nancy Kissinger and Barbara Walters. Current it-girl Kendall Jenner was chosen to walk the runway, but it was 41-year-old supermodel and long time de la Renta Muse Carolyn Murphy who was cast in the creative director’s first advertising campaign.

Nearly year after de la Renta’s passing, Copping has ably taken the reigns, assuring the label and its legacy live on through a fresh pair of eyes that de la Renta himself admired. “I must admit,” Copping told Style.com in May, “I feel quite at home here.”

Copping is now a contributing editor at Architectural Digest. 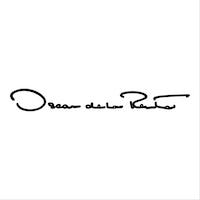 For American Fashion, A Changing of the Guard