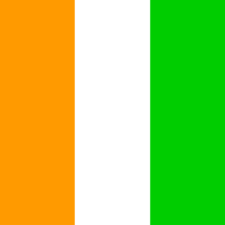 The stylist has worked with Beyonce, Kim Kardashian and Kanye West, promoting diversity through his work.

Jenke Ahmed Tailly is a stylist who has worked with Beyonce and Kim Kardashian, and whose editorial work is largely inspired by his African heritage.

Alongside his work with celebrities, Tailly is a creative director, consultant and stylist having worked with British, US and Italian Vogue, GQ, Garage and The Gentlewoman magazines. He has also worked on campaigns for H&M and Benetton, and styled shows for Yeezy and Sophie Theallet. In 2016 Tailly was the creative director for L’Officiel’s “Gang of Africa” issue which ran with the theme “black beauty matters” and featured singer Ciara and model Iman.

Having grown up in the Ivory Coast, the son of a Senegalese mother and Cote d'Ivoire father studied marketing. He modelled for two years before working as a marketing director and moving into creative direction and styling work.

Tailly’s big break came in 2011 when he styled Beyonce on the cover of L’Officiel Paris’ 90th anniversary edition. As the first black woman to cover the magazine, the stylist drew on inspiration from her heritage, paying homage with a tribal-inspired gold fringe dress. Winning much critical acclaim for his work, Tailly's relationship with Beyoncé blossomed with the stylist taking on her creative direction for the next three years. The collaboration eventually led to a meeting with Kanye West and Kim Kardashian, who he has also styled. In September 2016, Tailly returned to L’Officiel, on an invitation to collaborate on its 95th anniversary "Gang of Africa" issue with the tagline, "Black Beauty Matters", featuring Ciara, Maria Borges, Ajak Wek, Iman, Grace Boi, Riley Montana, Adesuwa Aighewi and Anais Mali.

He is an ambassador for diversity within the fashion industry, and often features African models in his editorial work. "I'm flabbergasted when I go to a fashion show and I don't see a black model or an Indian model or an Asian model or anyone of colour in the front row," he told Elle magazine in 2015. “The buying power of those minorities is enormous—why are we still not represented enough?"

“Africa has been such an immense source of inspiration for years to many of the greatest artists in history,” he told Iman in 2015 after shooting her for Schön magazine. “I strongly feel it is my role to show the immense and diverse beauty of Africa in a different way by focusing on a specific culture, country, region, etc.”