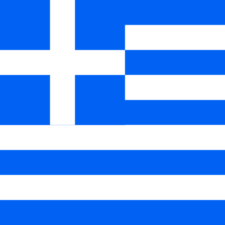 Known for her kaleidoscopic, hyper-real prints and demi-couture artistry, she has made fans of editors, celebrities and luxury consumers alike.

Having launched her eponymous collection in 2008, London designer Mary Katrantzou quickly garnered industry acclaim and a cult following for her signature trompe l’oeil prints and structured silhouettes. She secured 15 international stockists such as Colette and Joyce following her debut presentation at London Fashion Week for Autumn/Winter 2009, and has since been stocked at over 250 retailers.

In January 2018, Katrantzou raised a round of funding led by Chinese investor Wendy Yu, who is fostering an ecosystem of brands targeting China’s consumers, to boost business in China.

Having initially attended the Rhode Island School of Design in America to pursue a Bachelor’s degree in architecture, Katrantzou transferred to Central Saint Martins completing her degree in fashion design, followed by a master’s degree. The Greek native developed her unique design aesthetic throughout her studies, completed internships for designer Sophia Kokosalaki, and produced prints as a freelance designer for Bill Blass.

In 2008, Katrantzou was selected to open the Central Saint Martins graduate show, where her collection was nominated for a Harrods and L’Oréal Professionnel award. Following that, the designer secured NewGen funding from the British Fashion Council for six consecutive seasons starting with an exhibition for Spring/Summer 2009.

Katrantzou has entered into several significant collaborations since the launch of her label, including capsule collections with Adidas Originals and Victoria’s Secret in the November 2018 show. Previous collaborations have included costumes designed exclusively for the New York City Ballet and ranges for Moncler and Longchamp.

In 2010, Katrantzou was awarded the coveted Swiss Textiles award, followed by a British Fashion Award for Emerging Talent in Womenswear. In early 2015 she became the recipient of the BFC/Vogue Designer Fashion Fund. 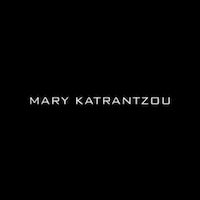