The Australian designer’s innovative cuts and textiles are a hit with A-listers like Cate Blanchett and are stocked in Dover Street Market and MatchesFashion.

Kym Ellery is the most exciting designer to come out of Australia in many years with her highly coveted brand, Ellery. Worn by style icons from Rihanna to Solange Knowles, Cate Blanchett to Elle Fanning, the label started out as an evening project for Ellery while she worked as part of the fashion team at Australian magazine Russh. It is now stocked at Dover Street Market in New York, MatchesFashion and Lane Crawford. Ellery shows on-schedule during Paris Fashion Week and is a member of the Chambre Syndicale du Prêt-à-Porter des Couturiers.

With its seventies-inspired tailoring, an Ellery garment is known for its exceptional cut and innovative use of textiles. Launched in Sydney in 2007, it works with mills in Switzerland and Italy to develop innovative new textures, but everything is then made in Sydney. Ellery has also collaborated with Australian high-street label Sportsgirl and has expanded into accessories with a sunglasses line.

Kym Ellery was raised in Perth where she studied Fashion Design and Production. After a brief summer school stint at Central Saint Martins, she returned to Australia to take up a role at Russh magazine, where she stayed for four years. She credits her experience at the publication with building the foundations for setting up her eponymous label. “It was great to be able to understand the market [in Australia]," she told Russh in a later interview. “I think that was a really good education for me, before going into commerce.”

Her break into the fashion design world came when Trevor Stones, a stylist at Vogue, photographed a pair of glitter tights that Ellery had designed.

Her collections have since been stocked in a number of influential global retailers including Dover Street Market, Selfridges, Browns and Net-a-Porter. 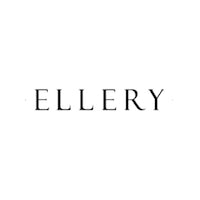