A veteran retailer and savvy businessman since high school, the Lord and Taylor owner has since acquired Canada’s Hudson’s Bay Company and Saks Fifth Avenue.

Along with his father, a real estate developer, businessman Richard A. Baker owns a private equity firm and, through a series of opportunistic purchases, became owner, governor and executive chaiman of the Hudson's Bay Company, which owns Saks Fifth Avenue and is planning on closing its Lord & Taylor flagship.

Growing up in Greenwich, Connecticut, Baker’s first venture was a high-end catering business, which he founded after attending culinary classes at age 15. “He was more interested in business than in being the captain of the basketball team,” his father told The New York Times. “He was making money for the sake of making money.”

Richard Baker graduated from Cornell’s hotel management course and eventually joined his father in the family business of real estate development. They persuaded the giant discount retailer Wal-Mart to set up shop at various strip malls they owned across the country. After two decades, however, Baker decided to branch out from the strip mall business after spotting an opportunity in the high-end department store business.

Instinctively, he acquired the ailing Lord & Taylor department store from May Department Stores in 2006 and then Hudson’s Bay Company, one of Canada’s oldest retailers. Baker felt that Canada lacked a mid-to-upper-range department store, and brought Lord & Taylor to the country. At the same time, purchasing Hudson’s Bay allowed Baker valuable real estate in the country with the chain of Bay shops.

Baker and his management team weathered the economic recession that ensued, retiring brands like Nautica from their stores’ sales floors and bringing in exciting new brands like Theory and Tory Burch . In 2013, the parent company paid $2.4 billion for upscale American department store Saks Fifth Avenue and in early 2019 Baker announced that he had bought a near-10 percent stake in Hudson's Bay Company from the Ontario Teachers’ Pension Plan. 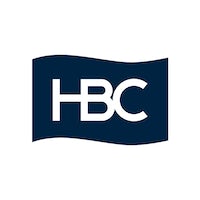 Report: Neiman Marcus to File for Bankruptcy This Week