Credited with driving the global success of Jimmy Choo, she has launched her eponymous 'buy now, wear now' brand.

The former president and co-founder of designer footwear label Jimmy Choo, Tamara Mellon stepped down from the brand in November 2011 after its acquisition by Labelux. In 2013, she launched her namesake brand, which offers a line-up of eveningwear pieces and footwear that doesn’t follow the traditional seasonal approach of other fashion brands.

Mellon was born in London in 1967, but spent her childhood between Beverly Hills, Switzerland and London. Her first foray into fashion was when she set up a Portobello market stall in Notting Hill. In 1990, she became accessories editor at Vogue and met cobbler Jimmy Choo, who worked in the east end of London.

The Jimmy Choo company was founded in 1996 by Mellon, Choo, and Choo’s niece, Sandra Choi , who came on board as creative director. Choo departed the company in 2001, when a share in the label was brought by Equinox Luxury Holdings Ltd. In 2004, Lion Capital acquired a majority holding in the company, valuing the brand at £101 million. In 2007, TowerBrook Capital also took a majority share which then boosted the company's value to £185 million.

In 2013, Mellon launched her namesake label in Los Angeles upon the foundation of a “buy now, wear now” strategy. 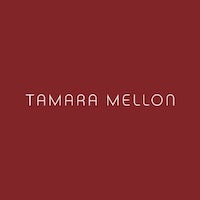 How to Prepare Your Business for a Post-Pandemic World

How Fashion Brands Predict the Future